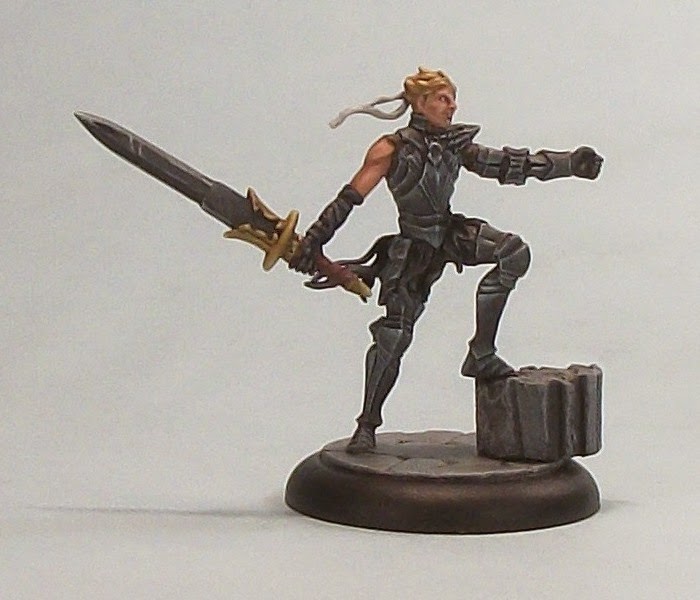 Claude Valmore is a former member of the Cerberus Division, thought dead when they disbanded. A devout follower of the Arbiter Arkeid, and now serves the Azur Alliance when once he was a soldier of the Empire.

Finishing this model this week this surprised me. I started him as an afterthought when painting Dagger, since I decided they would share some colour scheme similarities. Once I got under-way I found I had done more and more, and it was useful to resolve a couple of colour problems on them both. Claude had been assembled for some time I know, because he was under-coated in black which I haven't done for quite a while. So a long wait after assembly, but a fairly quick turnaround (in my terms!) once painting was commenced. 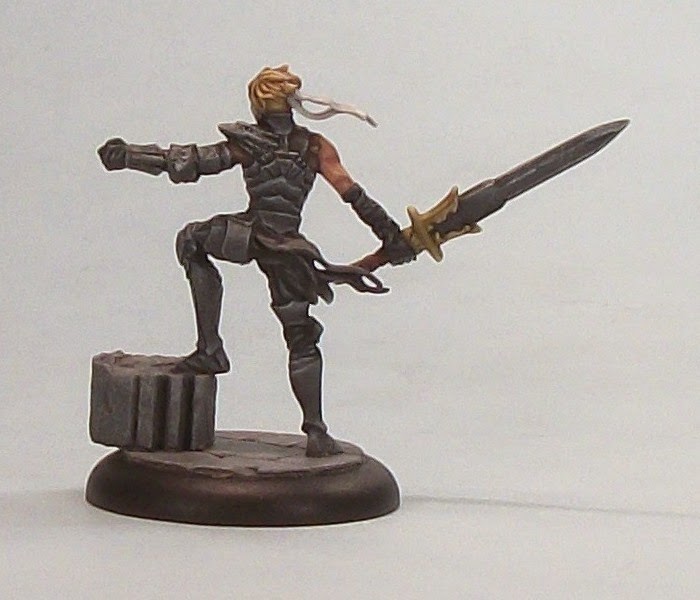 I cannot see Claude getting much game time, unless his rules get fixed at some point. He has a reasonable trait line for his costs and looks quite tough, however even as a 'tank' type the problem for me is his Actions; they are all dependent on your opponent's Attacks, which means that Claude can be largely ignored in a straight fight. Unlike similar units, he does not have a Special Attack or Charge. Since basic Attacks can be  used by everyone, there is nothing really advantageous for him or a compelling reason to choose him over other units at the same cost. Individually his Actions are not terrible, it is just that they are all reactive and enemy-dependent which is a big flaw in my opinion; if he had his own Special Attack or Charge he could be an excellent choice. 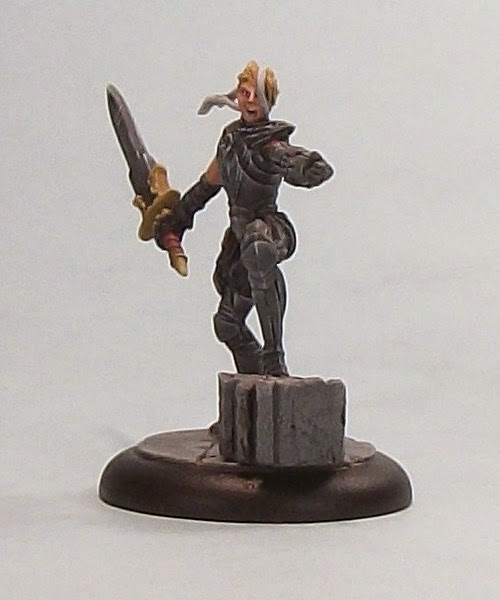 Maybe he will get trotted out in a themed Azur-'Armor force', but even that seems unlikely. It could be that I am missing or overlooking something very significant about him, but I don't think so. 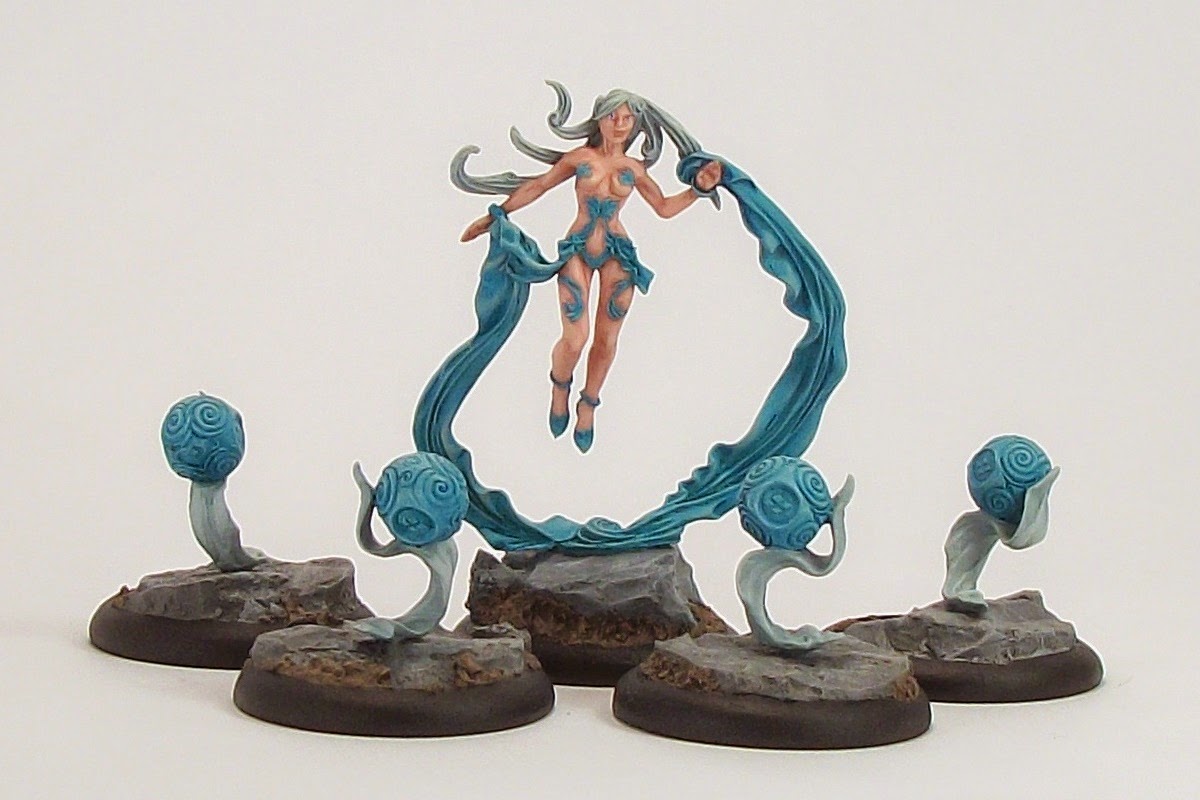 Another Summon, I wanted to finish this as a counterpoint to painting my first Al-Djinn and the second. I had actually started Arias Vayu before both the Al-Djinns, completing the Elemental Crystals first, then started tackling the bulk painting on the main mini at a later date. Of course things didn't work out as planned, and the Al-Djinn's have been finished for a while. Suffice to say, I found parts of this unit very tricky, fiddly and frustrating to paint, and I also struggled the skin, which I tried to do with a different colour to my usual choice to create a sense of difference. All of which means that while I may double up on many or most Summons, I have absolutely no plans to paint another Arias Vayu. Ever. And yes, that is despite the fact that I do think it is a lovely model!

The five minis (Arias Vayu and the Elemental Crystals) are treated as a single unit for rules, although the Elemental Crystals are treated as distinct and separate models. Obviously I have not yet tried out Arias Vayu, but I suspect there will be a little bit of understanding required of best strategy needed to get the most out of this particular unit. At 55 Levels, the indication is that Arias Vayu is one of the more potent Summons, yet there is an inherent unpredictability at the same time. 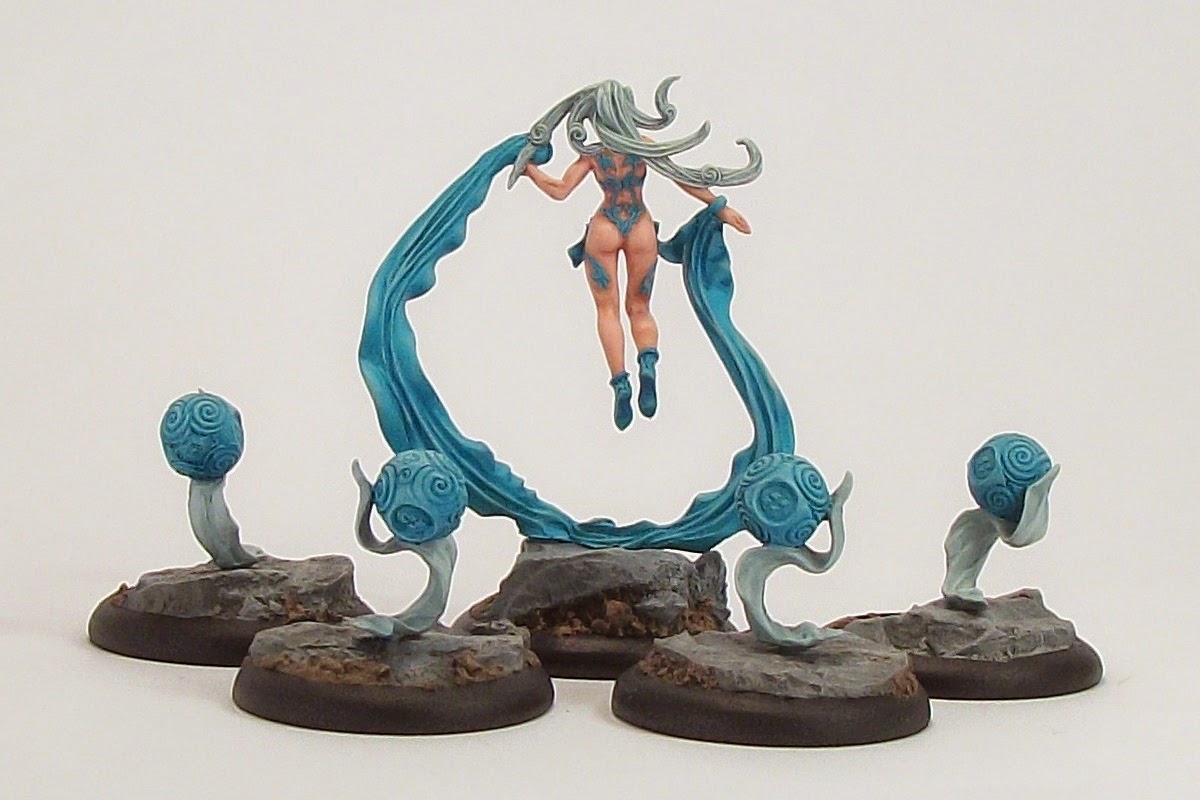 Arias Vayu is able to (randomly) call upon one of five abilities of the Elemental Crystals each Turn, so positioning is key to minimize the impact of pure luck; Gnosis is pretty much a must-use with Arias Vayu, I think, to help try and achieve favourable results, and a unit like High Saint Eleinai (Church Leader) can really help here with her ability to use Gnosis after a die roll is made.

I need to get more Summoners painted up to make the most of the growing array of Summons I am painting, but i have been saying that for several months now. Covel and Belith seem increasingly much-needed! Embarrassingly, both have been part done for months.

Running Totals
Anima Tactics Units: 163 (added: nothing new but I have two minis on pre-order)
Anima Tactics Units Painted: 62 (58 different units)
Painted Units Percentage: 38.0% (percentage of AT minis owned and painted)
Anima Tactics Range: 152 units (including 2 LE minis; including September as he still is due for presumably imminent release)
Percentage of Whole Range Painted: 38.2%
Year to Date Target: 21 of 27 units (3 per month target; 75%)
Posted by pulpcitizen at 11:44 2 comments: