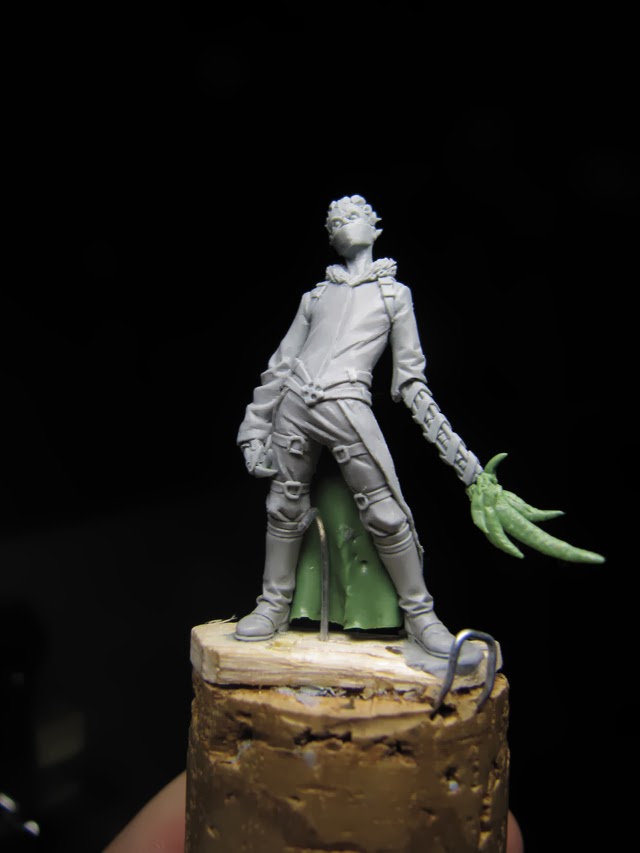 Until regular blogging resumes, I thought I would post this: Shadowhunter work in progress. The WiP image is from the Anima Tactics Ruitori site (click for link).

Looks like another great sculpt to me, and one I look forward to painting when released.
Posted by pulpcitizen at 05:06 2 comments:

There has been a very good reason why the Anima Tactician has gone relatively quiet over the past three weeks or so.

Readers of my other blogs my know that I contribute to the Pulp City game and we have been running the Pulp  City Supreme Edition Kickstarter to bring out a new edition of that game, which has taken up a lot of time I normally allocate to hobby stuff.

As the KS project draws to a close next weekend, I fully expect to get back into regular blogging in the next couple of weeks, so in the mean-time thanks for your time guys, and just wanted to let you know the Anima Tactician will be back on track.
Posted by pulpcitizen at 00:57 No comments: 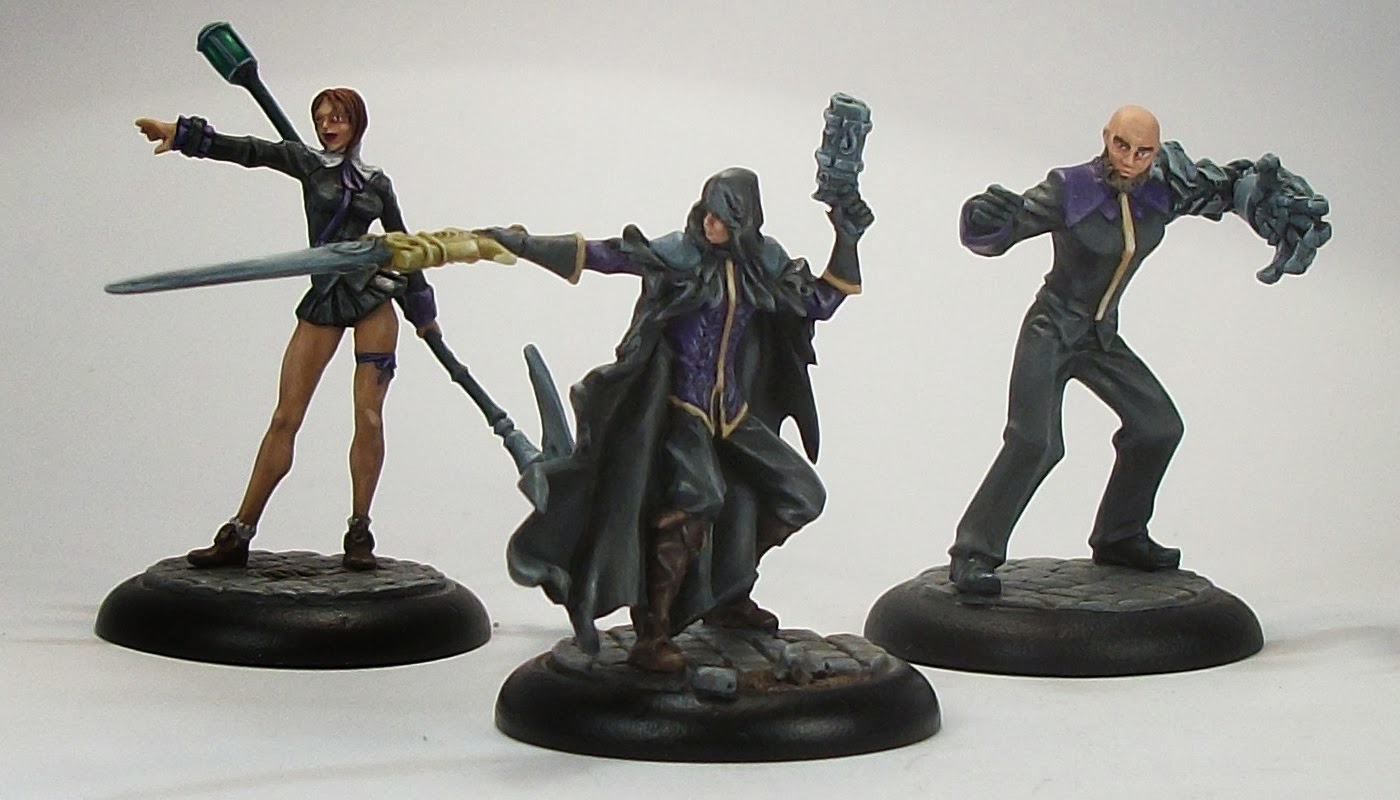 At last another Team - it seems to have taken me longer than expected to start to pull these together, especially an Organization Team.

The key boon for the units in this Team is that they all gain Advanced Deployment (basically what would be described as an infiltration type ability in many other skirmish games), while Rayne also has an Attack buff if either of the other two destroy an enemy first, and Lorenzo gets an extra Energy Token; all for a mere 5 Levels. With those enhancements, they make an enticing prospect, especially given that Wissenschaft can use their Organizational Advantage to gain more Advantage Card Levels. So next time we play, I would not be surprised to see Team Assault Group in action at Rob's hands.

Astute readers may not that I have made an attempt to fix the eyes on Rayne; I am hoping they are an improvement as I won't be trying a third time.
Posted by pulpcitizen at 02:36 2 comments: