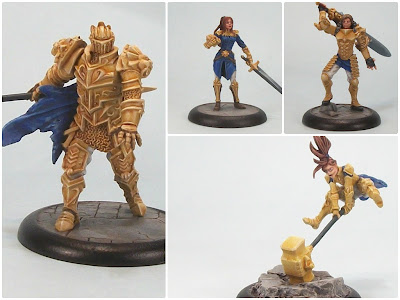 The Sacred Holy Empire of Abel  was once the greatest power of  Gaïa.

It has now been fragmented following the reign of the previous Emperor. The child empress Elisabetta Barbados is now the ruler of the Empire.

The Empire actively seeks the power of Lost Loggias and rally their forces to regain their former prestige.


Empire is characterized by units typically with high Armor, good Damage and the Critical Mastery Ability. They often lack the mobility of other Organisations, with a heavy emphasis on Warriors, and to a lesser extent Prowlers, they currently omit Summoners from their line-up.