Tales Of The Ninja

While painting progresses slowly, I just wanted to take a little time to draw attention to a web-site and fanzine that supports Ninja Division games and products, including Anima Tactics (as well as games like Helldorado and Relic Knights among others).

The Tales of the Ninja web-site can be found through this link. The site also has issues of the fanzine available fro free download, with issue 3 due soon, which may feature an article by ye Pulp Citizen about my project to paint everything for Anima Tactics.
Posted by pulpcitizen at 05:44 2 comments:

Anima Tactician: 2014 Reflections, And The Year Ahead 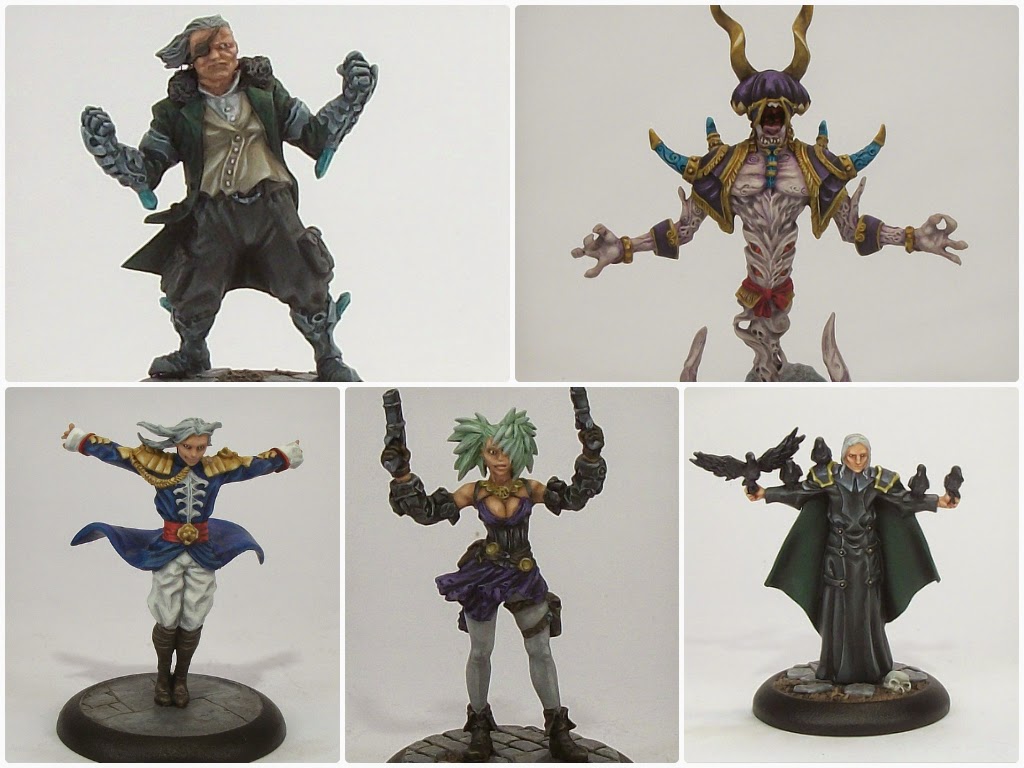 First of all, I want to say once more a big thank you to everyone who Follows the Anima Tactician, everyone who reads, and most of all those who Comment on the blog. Interaction is what is spurring me on with this project, so any and all feedback is greatly appreciated. I really do want to paint this whole range, and as I get further in, it will no doubt get a little harder.

2014 was an interesting year for me. Not as much time for 'hobby stuff' as I would like as I was involved in a course, and other things, but I still managed some painting and a little gaming.

The picture shows what are probably my favourite 5 Anima Tactics paint-jobs in 2014 (clockwise from top left: Deimon; Al-Djinn; Arkham; Kira; and Tiamat).

I painted 29 units for Anima Tactics in 2014, 7 fewer than 2013, but still largely on track. In the year ahead I want to try and paint at least 30 Anima Tactics units, including a few that have been part-painted for many months. I managed a few games in 2014, but in the year ahead I would also like to get a few more games in. I have accumulated some more terrain this year, so it would be nice to get it gamed with. Finally, I want to maintain a similar of better rate of blogging, as I managed 63 posts in 2014. That will depend on gaming and painting of course!

As for stuff external to my bit of the hobby, I look forward (hopefully!) to delivery of the Anima: Gate of Memories Kickstarter especially the minis, as well as the delayed new releases from 2014.

So please stay tuned to see what the Anima Tactician has to offer in 2015.