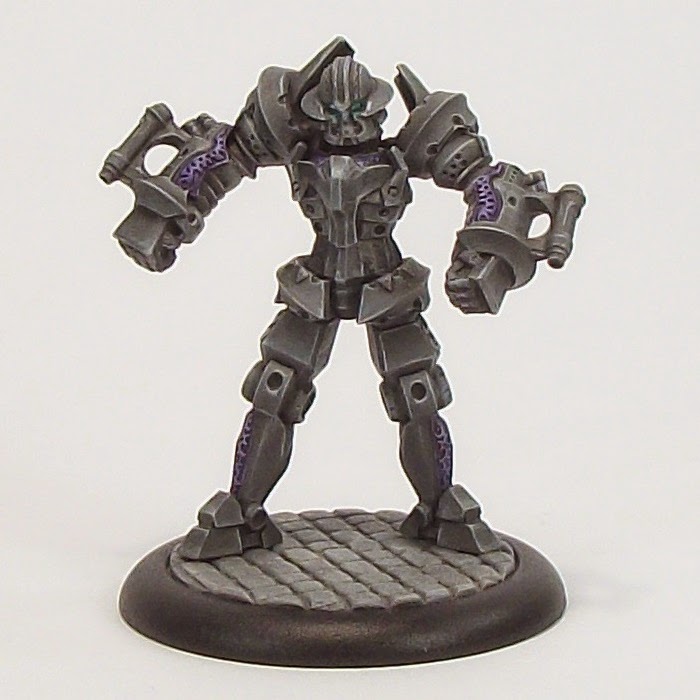 This is my first Gear, and a tester of sorts. I have a couple of these now and will use them to work out my painting approach to the bigger Gears like Goethia, Theurgia and Grimorium. Legacy of Solomon may be different but I am not sure yet, and the Golem Gears such as Hecatondies Sigma Zero will be certainly be approached differently.

Gears come in two flavours so far, and the more common type is considered Technomagical Powered Armour, and that is the class that the Trithemius seems to fall into. Gears are mostly developed from examples of rediscovered technology known as Lost Loggia in the Anima Tactics background. Most of them have Damage Resistance, cannot take Advantage Cards, and many are Immune to Poison.

The Gear Mk. Trithemius is a sort-of Agent type of Gear; it is not an Agent as such, but counts against the limit of Agents, and like Agents has a small menu of options to customise its abilities. Unfortunately, the creators appear to have printed the game card for the unit with an error in its AP recovery rate (the card has it as way too fast for its Level value), although this has not been officially addressed in an Errata or update that I can find. I hope that is rectified fairly soon. 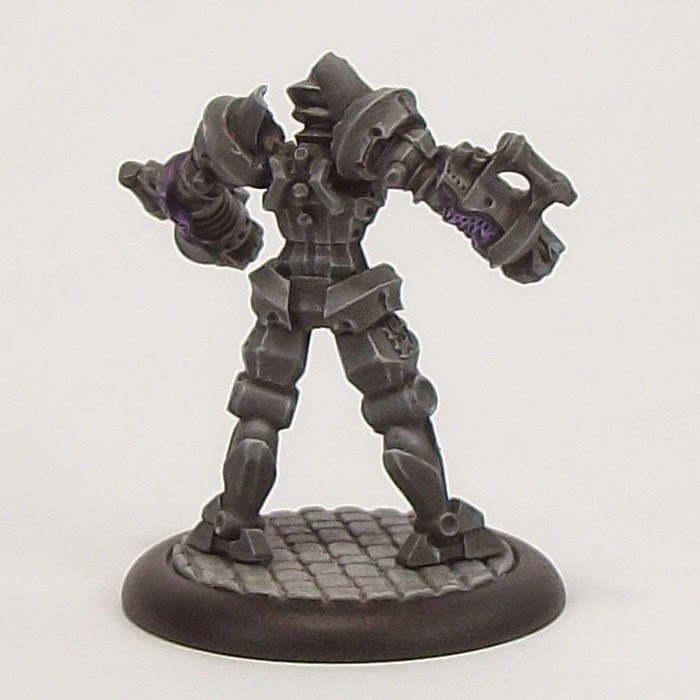 Since I mainly play against Wissenschaft when I play Rob, I hope we get a game in with one or more Gears fairly soon, although countering the decent Armor values prevalent among Gears will take some working out.

I enjoyed painting this and turned it around quite quickly, so the second one may be done before too long. Possibly.