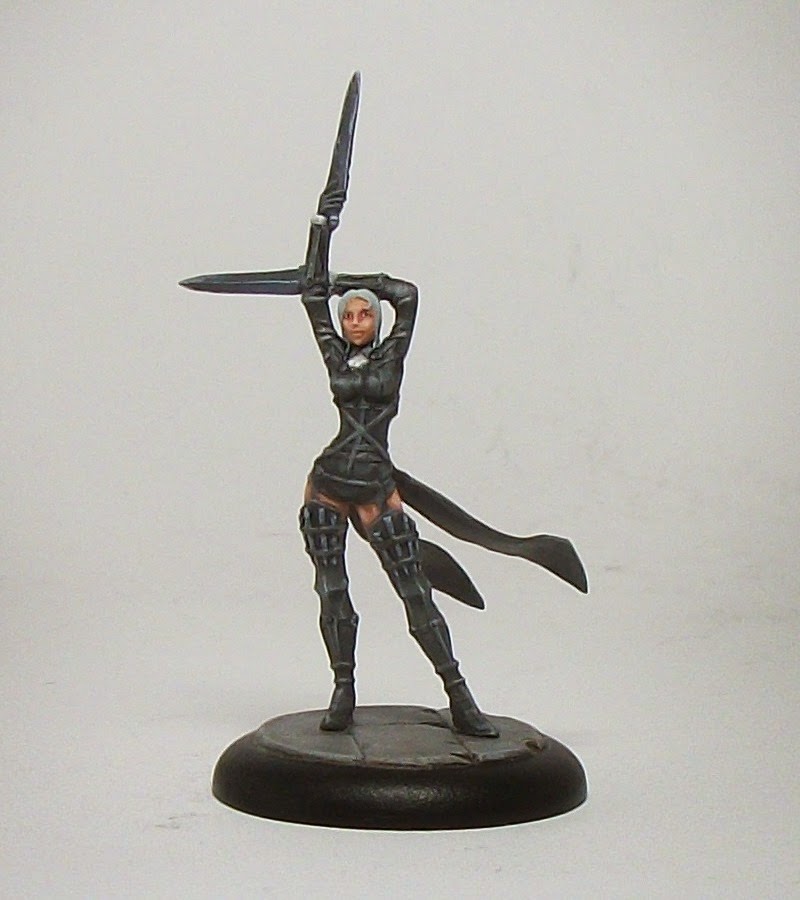 Another mini done, and hopefully I am now regaining some lost  painting momentum for the project, after finishing Cordelia earlier this month and now Kirsten. I won't get ahead of myself though!

Kirsten has been part-done for a few months, and it was only in the last couple of weeks I was able to overcome whatever was blocking me from simply getting her finished off, so two satisfactions for me this time: another unit painted, and something completed that has been long-gestating in painting terms. Not my best standard of painting, but now done, which for me is the most important thing.

This silent assassin is described as an enigmatic killer in the ranks of Les Jaeger. She also completes my first Team in over a year, and over six months since I finished the third of four members of the Team (The Colonel). I will put a post up of my Team Les Jaeger in a few days time. 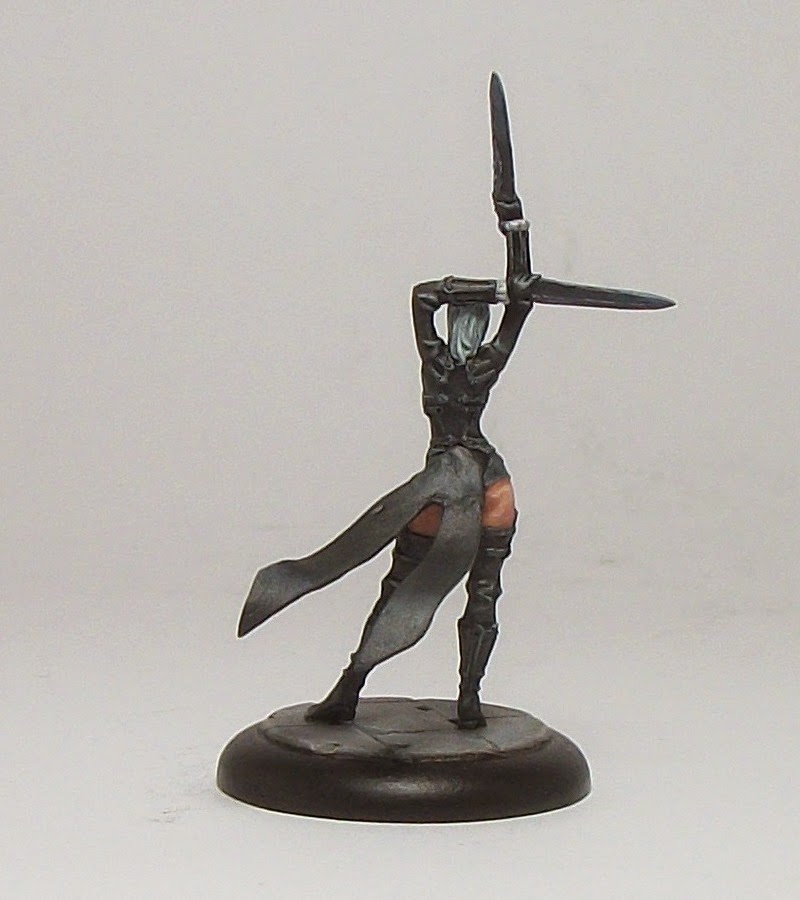 In game terms, Kirsten is a cheap Prowler unit for Azur. Her attacks can all potentially inflict Poison States, and in addition she has a ranged counter-attack and move and fire options in her armoury, as well as a potentially deadly one-shot area of effect attack against all enemies within line of sight within 12 inches; stack the right buffs on her at the right time and this fairly inexpensive unit could make a mess of clustered enemies. As a consequence, I think an Advantage Card buffing her Attack value does have real value, such as Supernatural Weapon or Cursed Weapon, but only if her player can plan properly to get maximum benefit. However, since it is vital to get her in the right position with maximum AP, then cards such as Fate Clock and Clock of Cronos also have real value, as does support from units such as Juliette Kaim.

I am not too sure what I will be painting next for Anima Tactics, but hopefully the current momentum will be sustained, especially as I am quite far behind my year to date target. Anyway, please stay tuned to see how the project progresses.