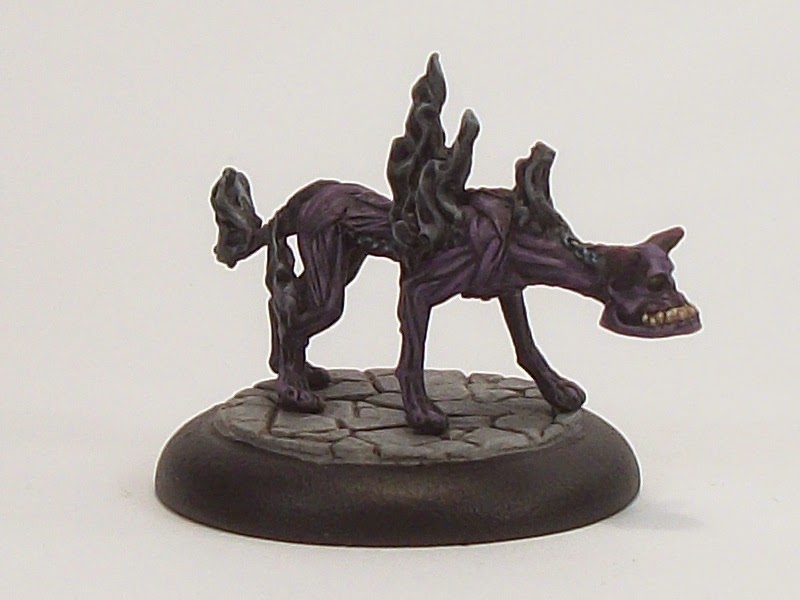 I evidently like painting these things (after my first Hellhound/Type-004: Hellhound is here; and the second is here)! The main reason for painting a third is that I wanted a couple of 'Summon'-version paint-schemes, and  also because my painting has slowed down. As they are quick and easy to do, it helps me avoid full-on painters block to have got 'something done'.

The funny thing is, I am not sure I have actually used any of them in a game yet! I may have faced one once, but I have not yet selected a Hellhound or Type-004: Hellhound unit in a game that I can recall. That said, now that I have added a few more Summons in the past two or three months, I am much closer to being able to try out a Summon-horde type of list. 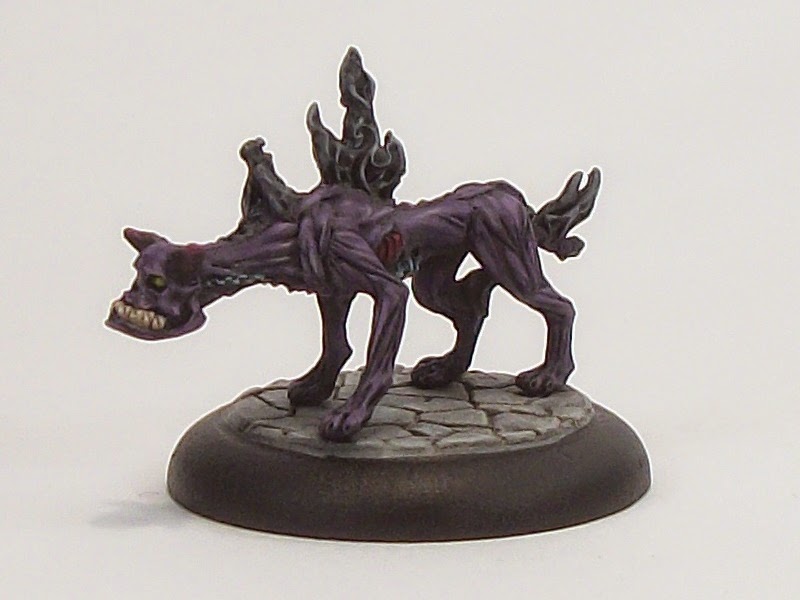 Keep an eye out soon for a group shot of all my painted Summons so far, ten models in total, although I really intend one of the Hellhounds more for my Black Sun than as a Summon.

Still, I cannot see me painting any more of these - three is plenty I think - so its is time for me to look for other 'quick-fix' minis for when I experience painting slumps in my Anima Tactics project. That said, I have been doing a bit of work on some other units, so hopefully I can get on track with the project sooner than later.

Of course, I had to get a picture of all three Hellhound/Type-004: Hellhounds together.

Running Totals
Anima Tactics Units: 160 (added: nothing - but I am now waiting on 3 minis; one has been dispatched from the USA, and hopefully the other will be too soon - also from the USA)
Anima Tactics Units Painted: 58 (54 different models)
Painted Units Percentage: 36.25% (percentage of AT minis owned and painted)
Anima Tactics Range: 151 units (including 2 LE minis; added September as he still is due for imminent release)
Percentage of Whole Range Painted: 35.8%
Year to Date Target: 17 of 24 units (3 per month target; 71%)