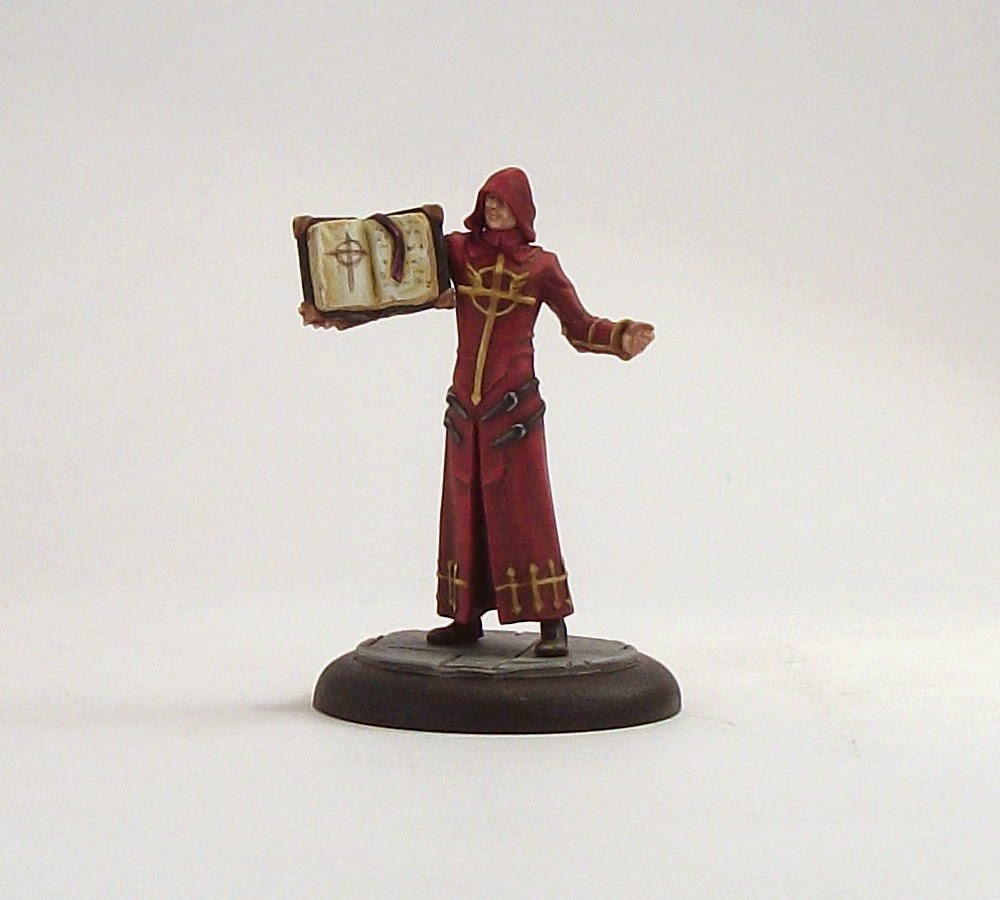 These Agents are the special forces available to the Church's highest circles of power. Many are trained from childhood to hunt down and destroy supernatural threats to humanity, while others use their divine gifts to further the work of the Church.

I started this mini along with another Church Agent and a couple of non-Anima Tactics minis at the same time, to take advantage of the fact that all were using red as a predominant colour. What that meant was that in a few days I managed to paint 3 minis, and so I have inched further forward with my Anima Tactics painting total. This mini was started once previously, and stripped of paint when I was unhappy with my progress. There is some pitting at the back of the mini I am unhappy with, but that will stay as it is, as I just do not want to strip and repaint it again. More importantly, it is my first Church unit completed (since Alis Testarossa) in almost 6 months! 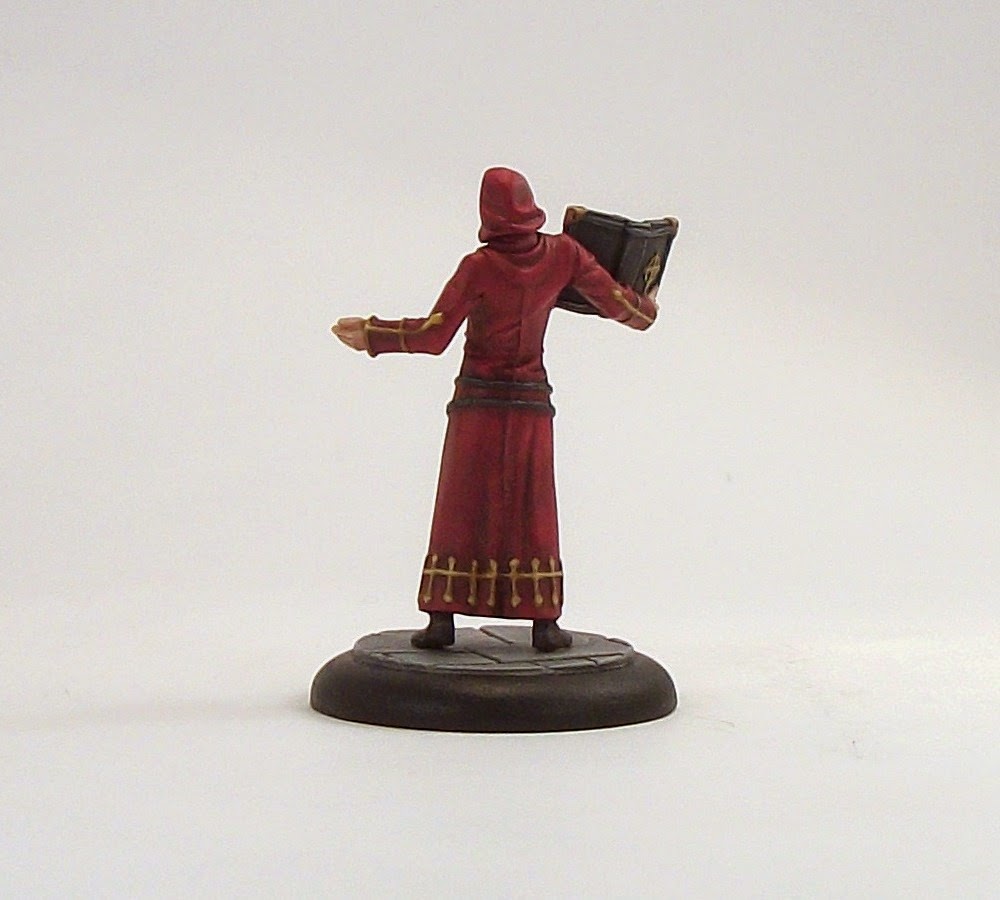 As mentioned in a recent post (click for link), it looks like Agents may get a change to their rules, so I am very interested to see what will happen with Church Agents. once all the Agents cards have been revealed, I will probably get a set printed via Artscow until such time official cards are printed.

As the year draws to a close, I don't think there is any hope of achieving my target of 36 Anima Tactics units this year. However, I may get a couple more painted possibly, and if I can match the same total next year and the year after, the project will remain steadily on course. That may need me to paint 'smarter', doing what I have done with Deimon and Luther Delacroix and painting a couple of units in tandem for speed,

Running Totals
Anima Tactics Units: 164 (added: nothing and still no sign of that pre-order from months ago...)
Anima Tactics Units Painted: 70 (66 different units)
Painted Units Percentage: 42.7% (percentage of AT minis owned and painted)
Anima Tactics Range: 152 discrete units (including 2 LE minis; including September as he *still* is due for presumed release)
Percentage of Whole Range Painted: 43.4%
Year to Date Target: 29 of 36 units (3 per month target; 81%)
Posted by pulpcitizen at 06:45