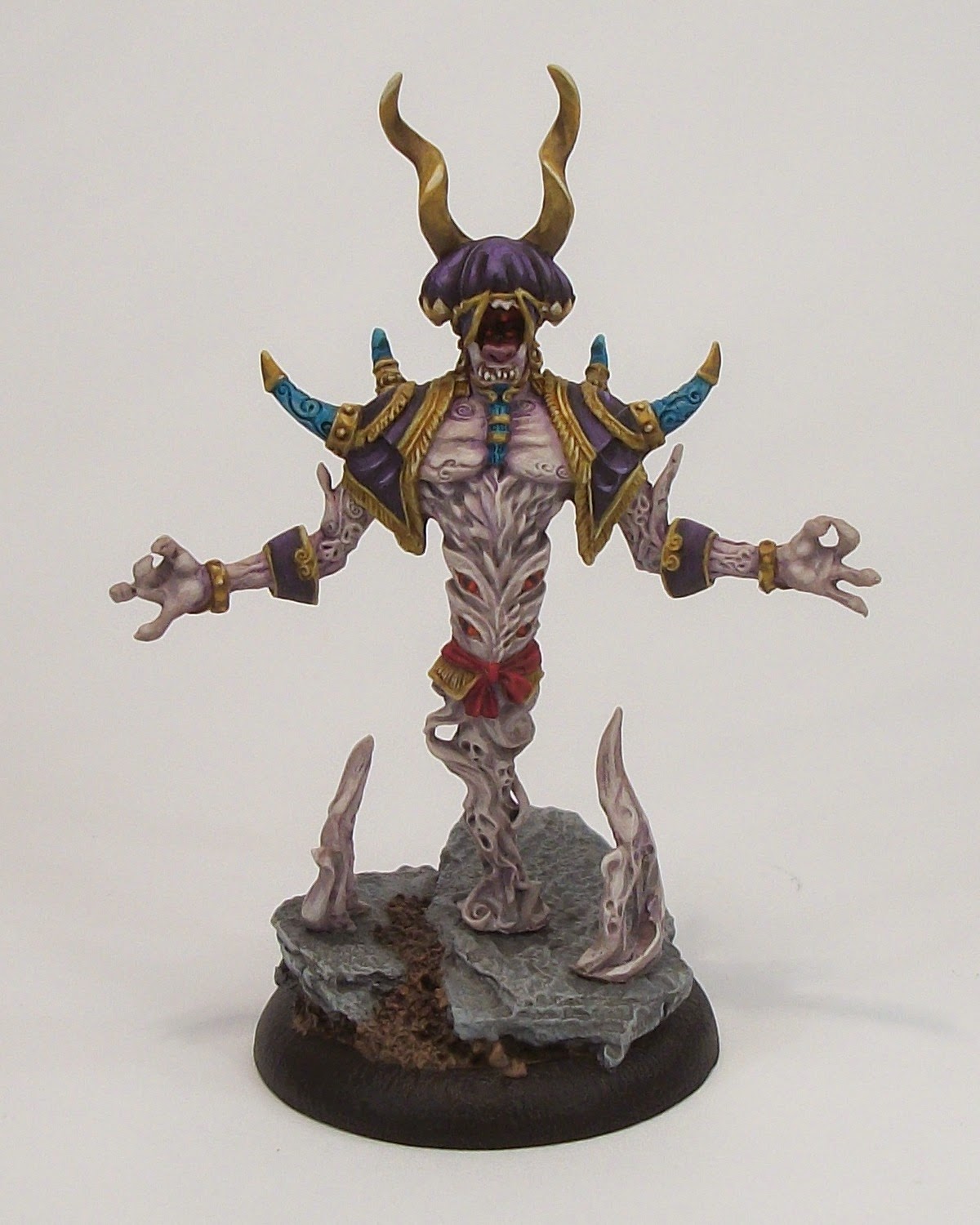 A little more Anima Tactics painting in the past few days, I started this and another Al-Djinn at the same time, getting the basics on each done to cut down on painting time (although this one was finished first as they don't have identical paint schemes).

"You called, my master?" Al-Djinn are described as spirits whom dared to defy the gods, imprisoned and isolated as punishment for their foolishness. Constrained by the bonds imposed by their imprisonment, they can still use their great powers to alter the destiny of the world.

In game terms they are one of the trickier Summons to use I suspect. That is largely due to their Action that allows them to copy the abilities of another unit. They had a rules adjustment with the 2013 Saga III & IV Update, reducing the maximum Level of a unit they can copy, as well as a Level cost increase for the Al-Djinn themselves, which reinforces that they were probably overdue for rules re-balancing.

The other tactic to use with an Al-Djinn is to create Ash Slaves: Level 20 or 25 Agents (their Level is dependent on whether your take the lesser of greater Al-Djinn option). Each Al-Djinn can create and maintain up to 3 concurrent Ash Slaves. This can allow the Al-Djinn player to exploit the opportunity for extra units to block Charge lanes, protect other units with Intercepts, add a little extra Attack capacity, or protect objectives. 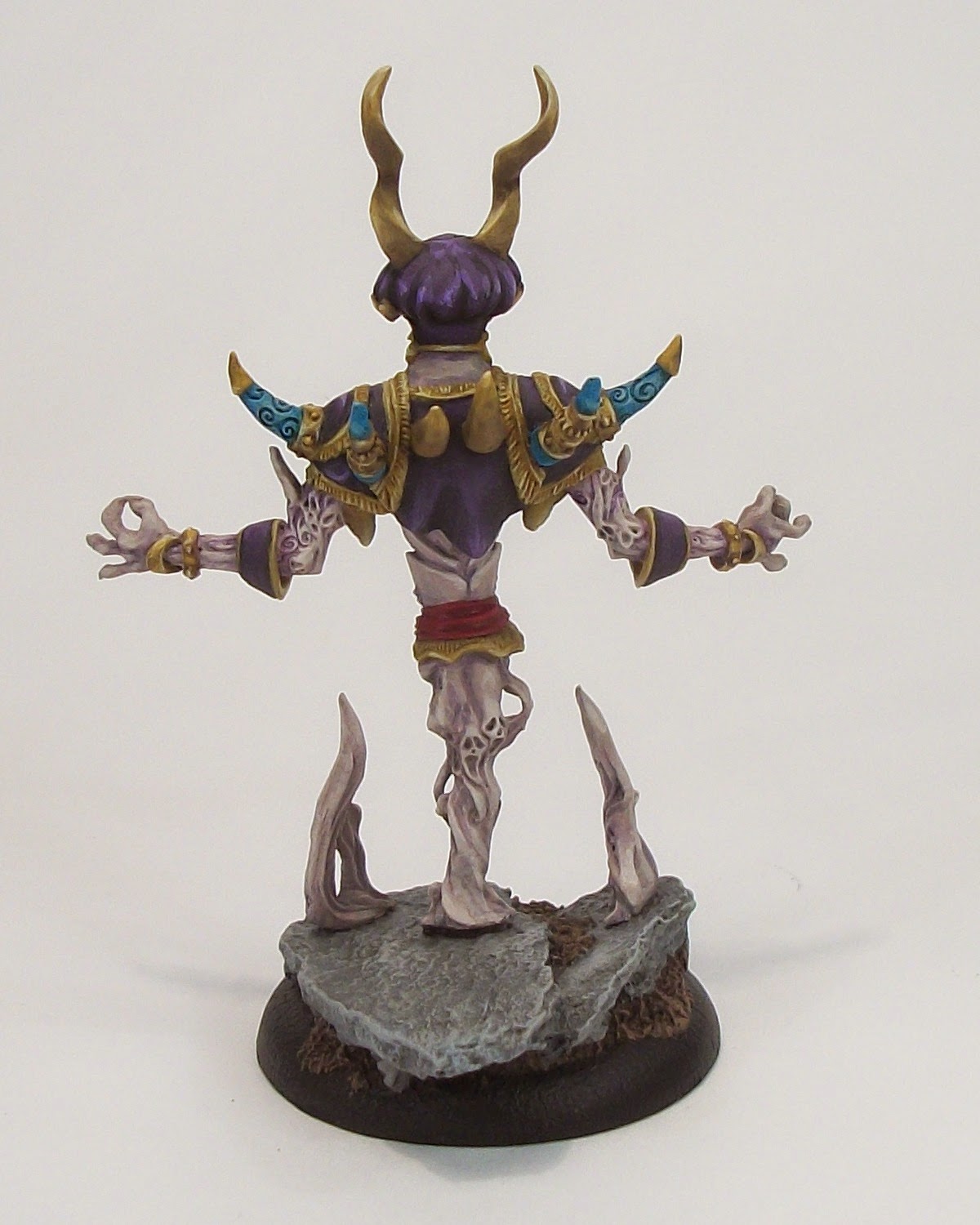 I want to get more out of Summons in games, which means there are a few units I want to get painted before too long (Covel, Belith and Saint Hazael come to mind as Summoners, and I need to get to work on my Alius, Holy Soldiers too; I have started work on Arias Vayu).