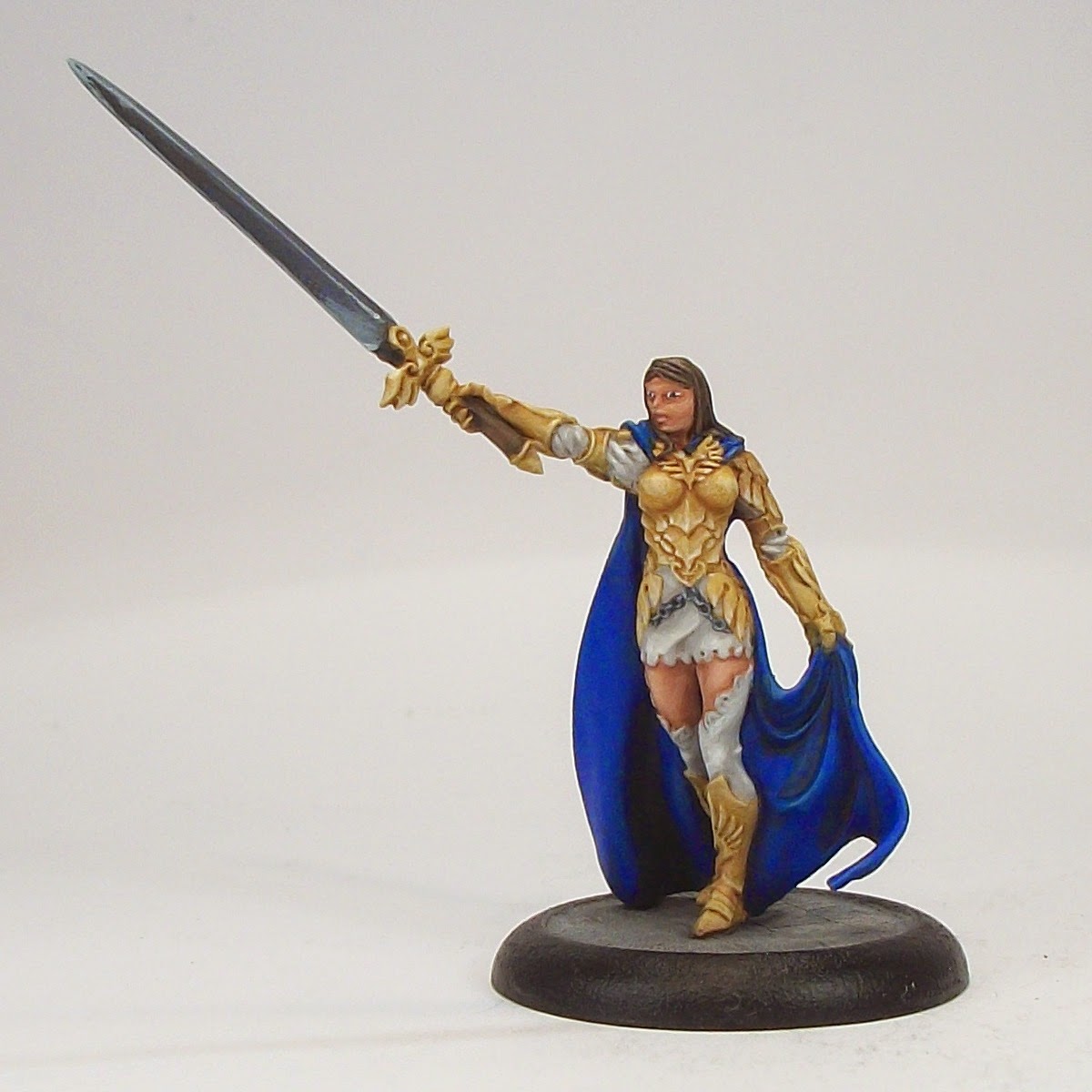 Woo-hoo, another one done! I am not thinking my slump is completely broken, but getting a few minis painted in the past few weeks (across a couple of game lines) is a step in the right direction. In around a week's time I should be able to crack into painting a couple more I hope.

Lilian Virgil adds to my Empire ranks which is good, pulling me towards having a third Organization with more than 300 Levels of units available (with Church not too far off either - one more model would do the trick there). She is also one-half of Team Weapons of Azrael, with the other being Macbeth (who is in the painting queue). Although not the most powerful of Warriors, also being a Mystic allows Lilian Virgil to take the Control Bound Advantage Card which increases the Effect value of her primary Attack (a bad thing for enemies, as they roll against Effect using their Resistance). In essence Lilian is a kind of utility fighter, with a State-inflicting Attack called Sacred Seal; this inflicts Seal naturally), a Healing ability and an Action that reduces the cost of Charges for Party members within her Control Zone. She is not the most powerful of units, but certainly offers a few options, and she gets a lot better if working as part of her Team.

She is described as a talented fighter talent who combines sacred powers with martial skill to serve the Empress. 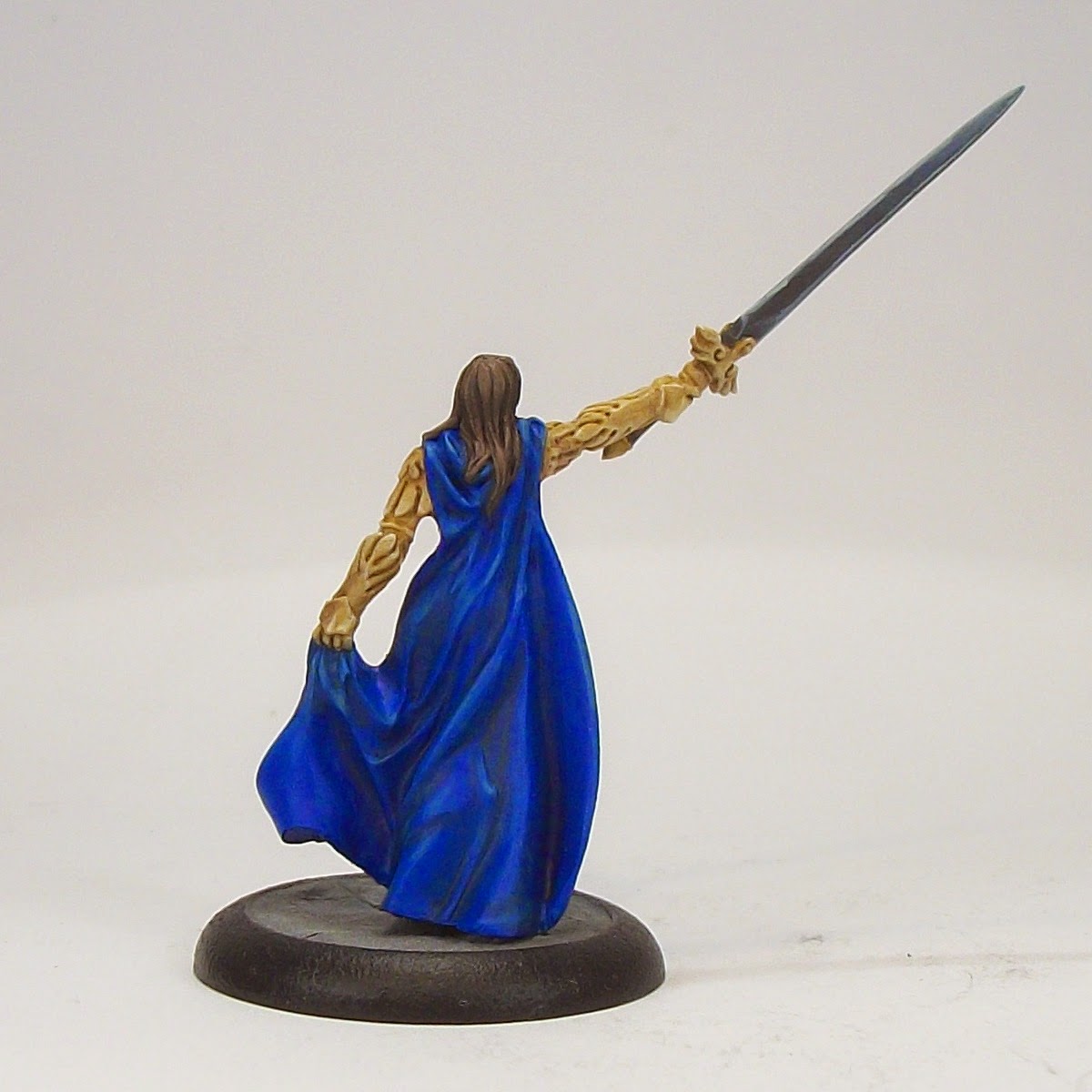 I hope to get Macbeth finished soon (which will likely mean that I actually paint something completely different instead!), and if I can get one or two Church units painted soon too, that would be ideal. I still have a number of units in advanced stages of painting that I just cannot seem to get myself to finish. I also hope to get some more games in later this month.

Running Totals
Anima Tactics Units: 158 (added: nothing, but I still have 4 minis on back order....)
Anima Tactics Units Painted: 54 (52 different models)
Painted Units Percentage: 34.2% (percentage of AT minis owned and painted)
Anima Tactics Range: 151 units (including 2 LE minis; added September as he is due for imminent release)
Percentage of Whole Range Painted: 34.4%
Year to Date Target: 13 of 18 units (3 per month target; 72%)
Posted by pulpcitizen at 09:00