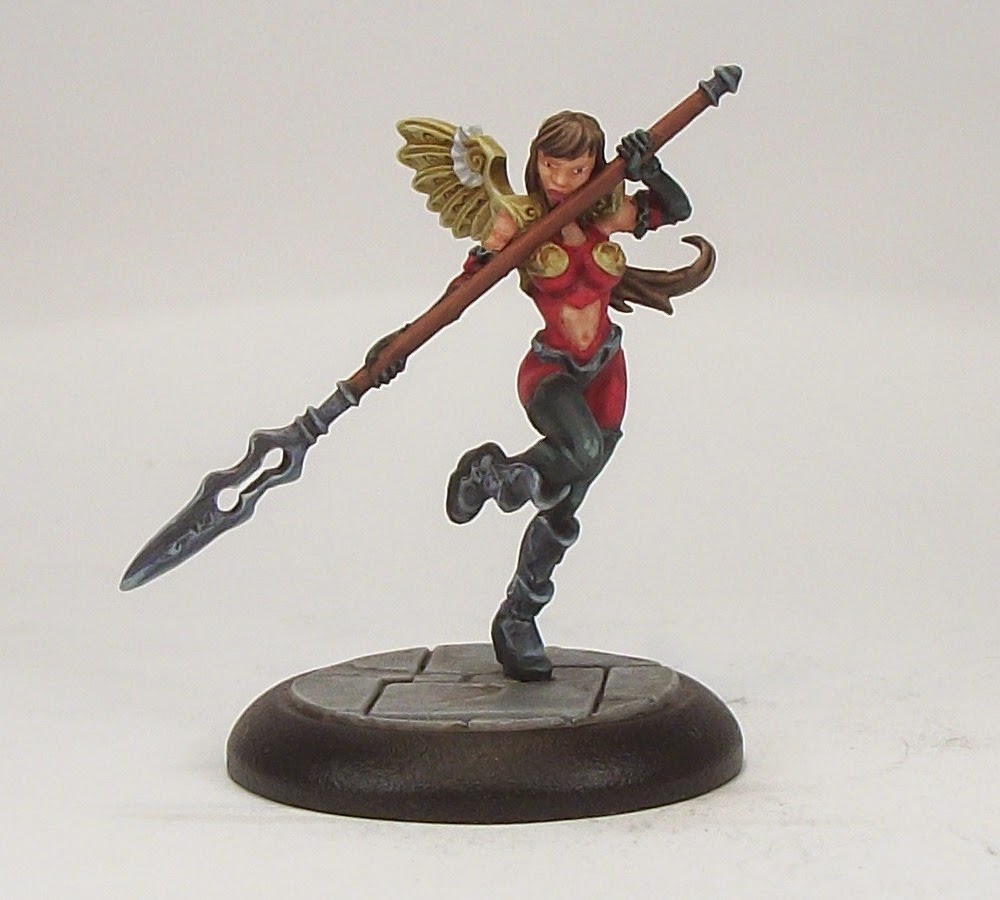 This mini has been in the painting queue, part-done, for quite a while now, so I am happy it is now finished. I am also chuffed as it takes me past 300 Levels of Church units.

Her background describes Alis Testarossa as a scion of a  prestigious dynasty, one the most influential noble houses of Argos, the rebellious and stubborn Alis was always a source of problems because of her impetuous behavior. Aged thirteen Alis began to manifest supernatural talents, and was sent by her family to the tutelage of the Church where she joined the Knights of the Saint Order.

Alis Testarossa benefited from a cost reduction in the Saga III & IV update, and at 35 Levels is one of the least expensive Warrior units in the game. She is not the hardest hitting, but with Speed 8/12 (meaning she Runs or Charges 12 inches), the option to sacrifice LP to gain Flight, and an Action that removes her from the board to be placed in contact with any enemy unit in the following Turn as a Charge, which means she can be the scourge of back-line units, which tend to be weaker support types, or of units that have exhausted AP so have no Dodge. 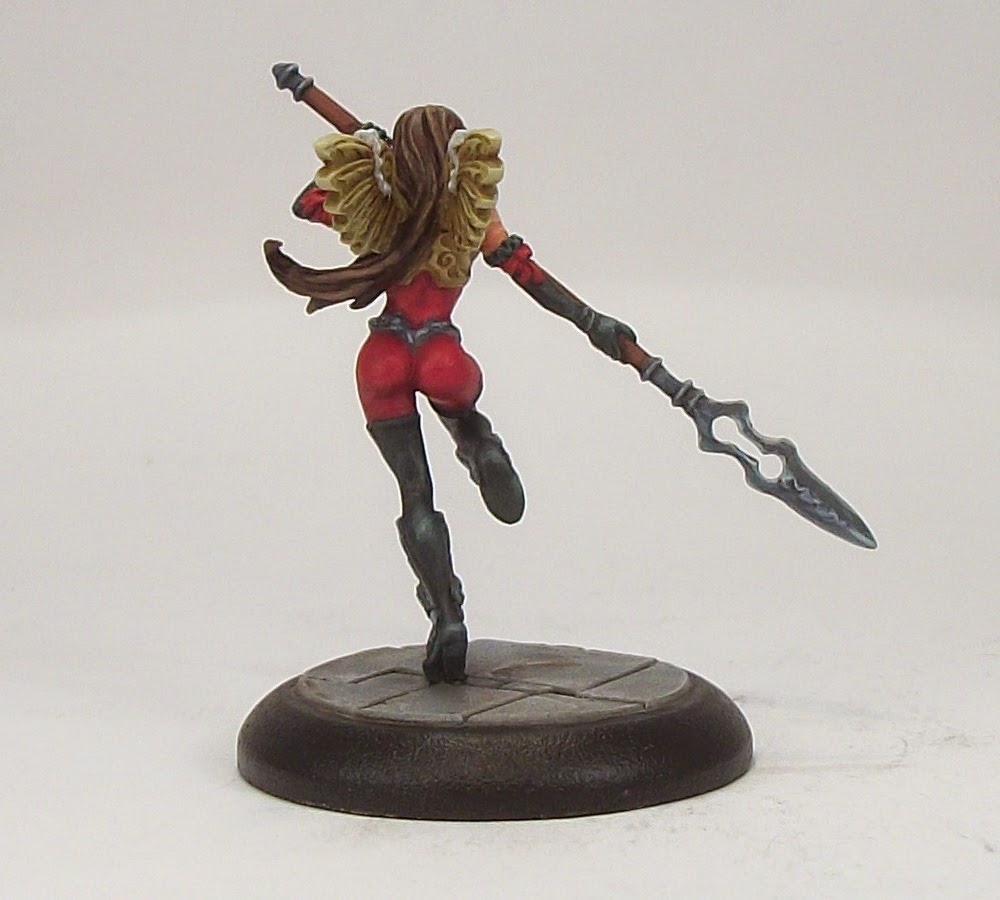 There really is only one Advantage Card choice in my opinion, which is Raphael's Gift. The reason being that three of her four Actions require her to be Flying, and to be Flying costs 3 LP per Turn. Raphael's Gift partially off-sets this, allowing her to recover 2 LP. That said, I expect she will still be a little tricky to use, so maybe she will get some game time in the next few days....