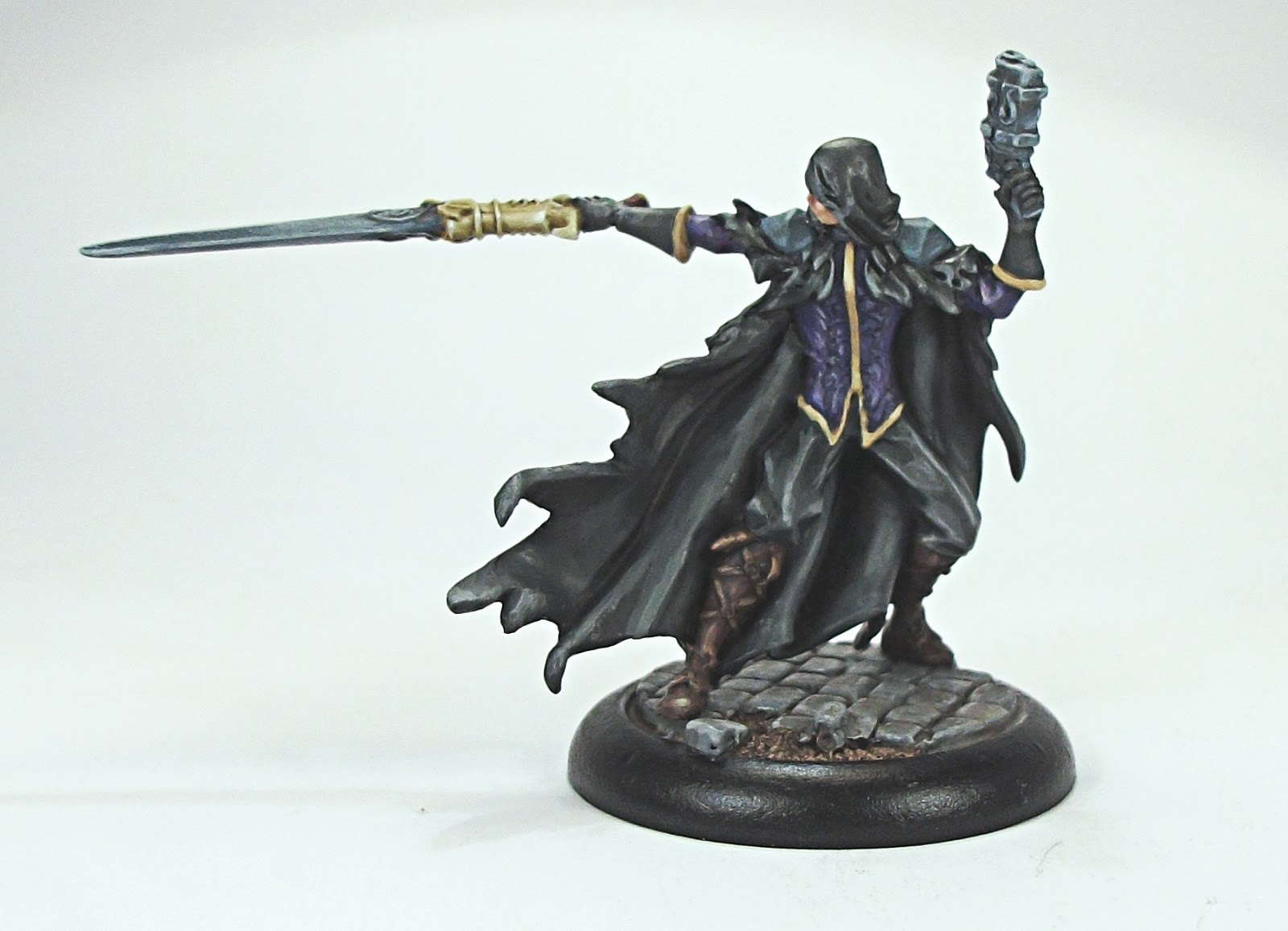 Phew, painting slump averted, I hope! Especially as it was three and a half weeks since Rayne was finished (well except for fixing her eyes).

He is described as the reserved and solitary supervisor of the Crows of Wissenschaft. The majority of Agents of the organization have never seen him, much less know him. He is a shadow that crawls in the dark, someone who appears inexplicably in different places of the world and leaves without a trace. Many say that he is no more than a ghost, a legend whose mantle is taken up by a different person over and over again.

I like this mini a lot, but then any regular reader knows I say that about most of this range, so nothing new there! I blocked out the base colours a couple of weeks ago then just struggled to paint anything. Finishing a Pulp City mini in the past couple of days helped reignite my motivations, which meant I was able to paint the majority of this in a couple of hours. I love the sword gun type weapon, which is a staple of some Japanese console rpgs.

If the picture looks a little odd at all, it is because I needed to do a quick fix to sharpen up the image. I also noticed I need to tidy up the purple sleeves where they meet the gloves. 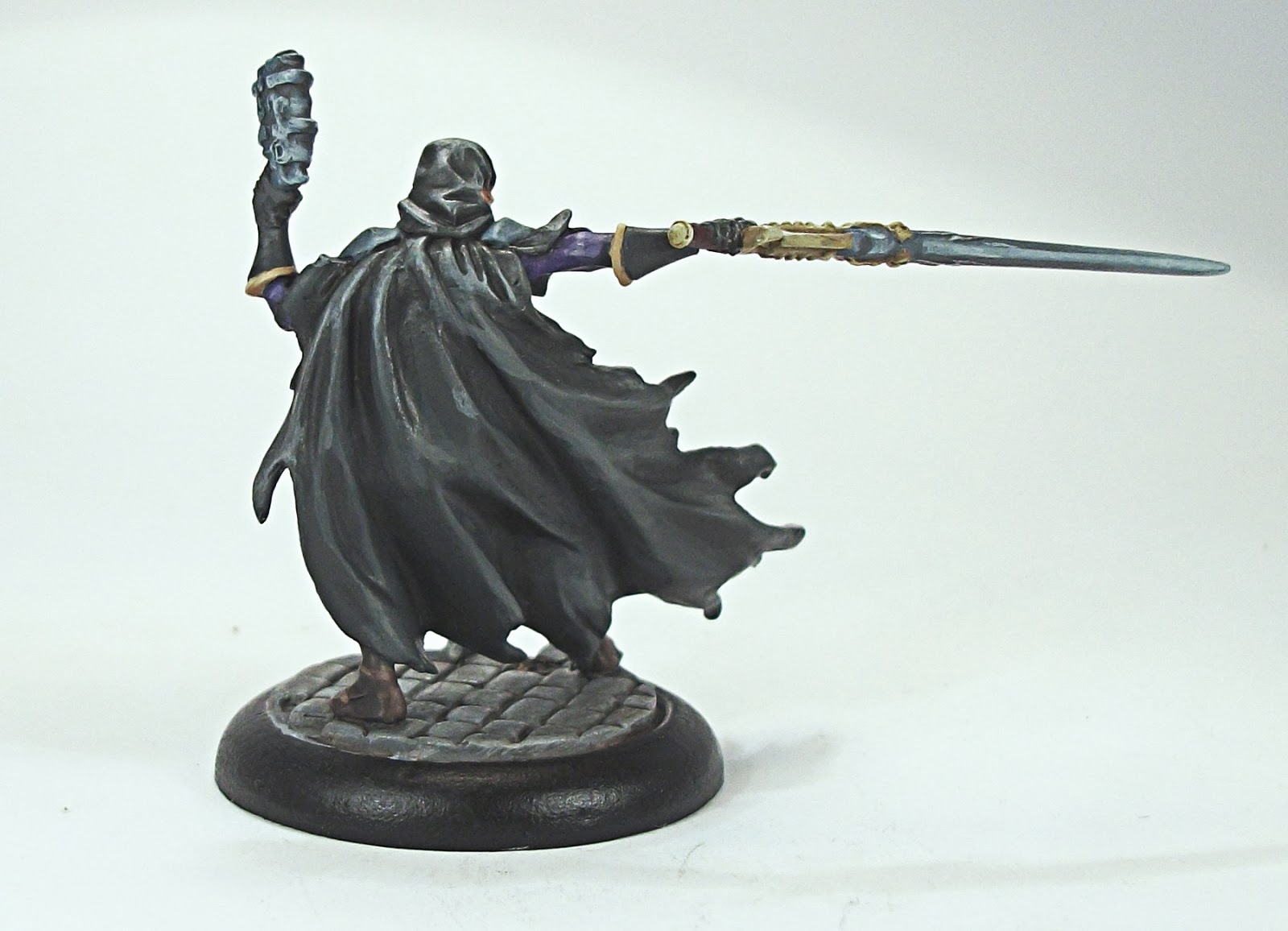 In game terms, XII is naturally an accurate model with good Attack value. He also has a potential two to three hit combo of Actions he can use, so even lacking high Damage, against low Armor units I imagine he could be devastating. For Advantage Cards I am thinking either Supernatural Weapon or Piercing Weapon and Clock of Chronos; the former will add to his overall Damage potential, while the latter will try and ensure he can maintain those aforementioned two or three hit combos. No Primal on this guy, as the Damage boost would most likely be wiped out in a single Turn.

He is also a member of Team Assault Group, and the last unit I needed to paint for that Team, so it is nice to have another Team finished. I am hoping I can get some more games in of Anima Tactics in the next few months, and hope XII takes to the field alongside the rest of his Team.