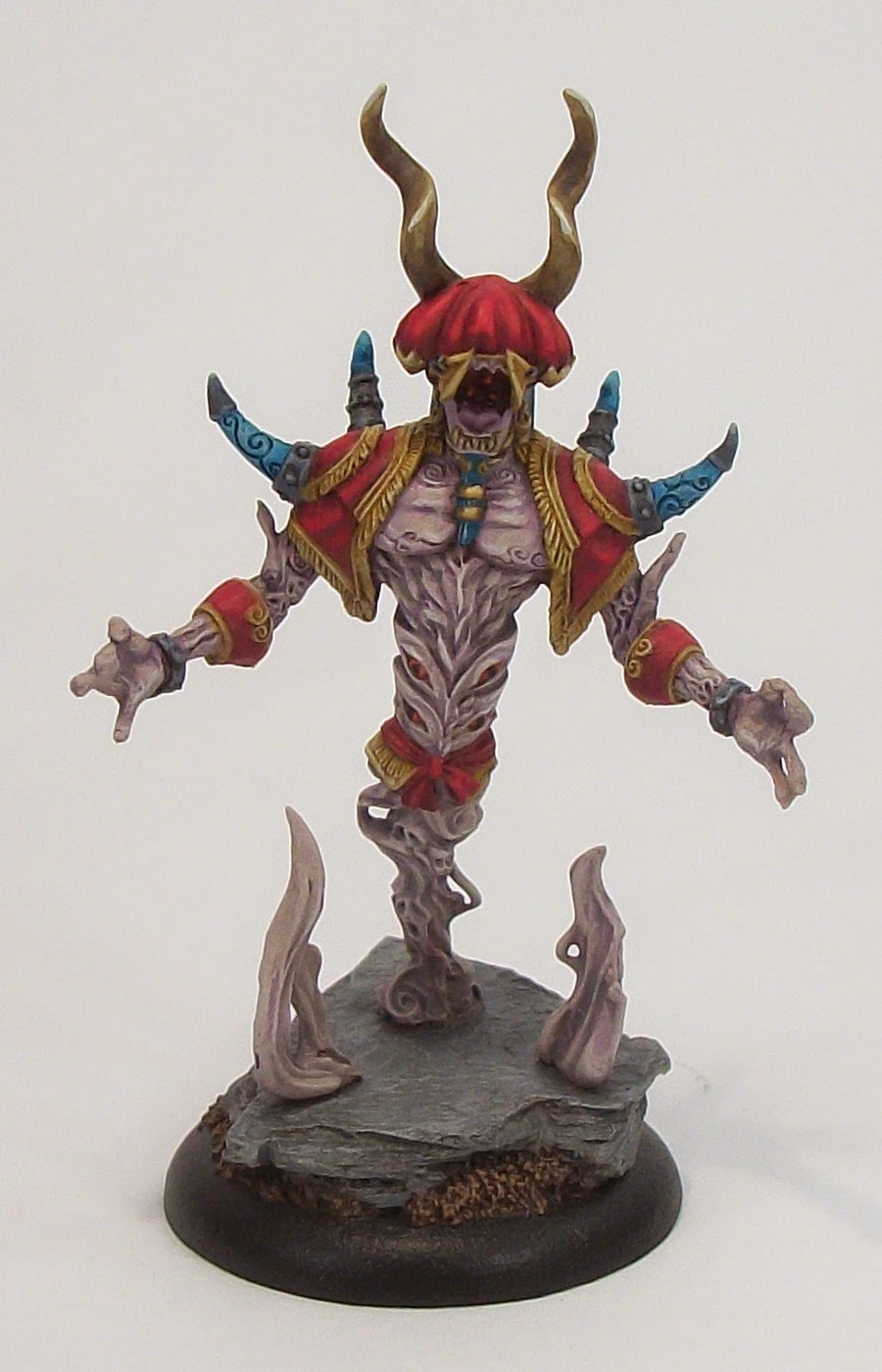 Another Al-Djinn, started at the same time as the first one, but finished separately due to the differences in some key colours. And finishing this one took a little longer than hoped as I have been focused on some writing recently which inevitably ate into painting time.

Given that the Al-Djinn are quite atypical, even among Summons, and are not straightforward attacker or tank type units, and that their support is not through simple buffs/de-buffs or Healing, then I suspect I won't be playing them too often, but you never know. Still, yet another reason for me to get more Dark Summoners painted!

Thinking about the fact that I am not likely to play these units too often, that makes me really wish Anima Tactics had better distribution and support into the UK. I think it is one of the better small-model count skirmishes that UK-based gamers just don't know about, but that is biased by my admittedly very strong liking of the minis and the game as a whole. 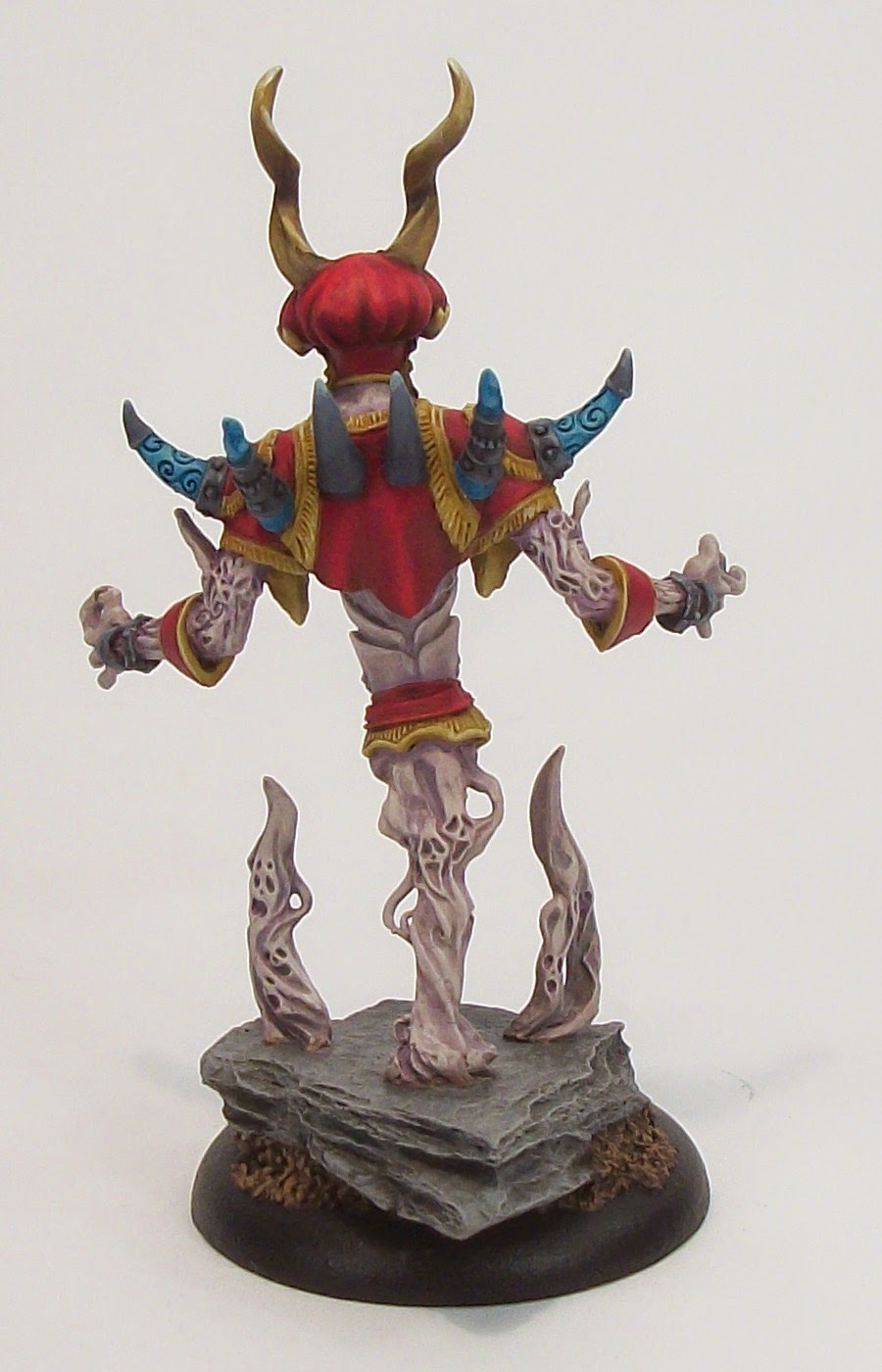 There is a strong background for the Anima range, nice rules, crossover into other gaming platforms, and real depth to the minis line (over 150 minis currently with more to come), yet on a few fora I have read comments about lack of awareness of the minis. There has to be enough of an audience to make future new releases sustainable, yet for some reason Anima Tactics seems very much to occupy a niche, within the low model count niche of skirmish games, within the larger niche of war-gaming; or 'a niche, within a niche, within a niche' as a friend once described another game I really enjoy immensely. The kind of game that has a dedicated enough audience for its own needs possibly?

I hope that does not sound negative, I'm just airing some thoughts. I love the game and its minis, and will stick with it. :)

I remain committed to my plan to paint at least one of every mini for the Anima Tactics range (and perhaps should be committed for it...). So please stay tuned to the blog to see how my progress goes! Hopefully another one or two units may appear before the end of this month. 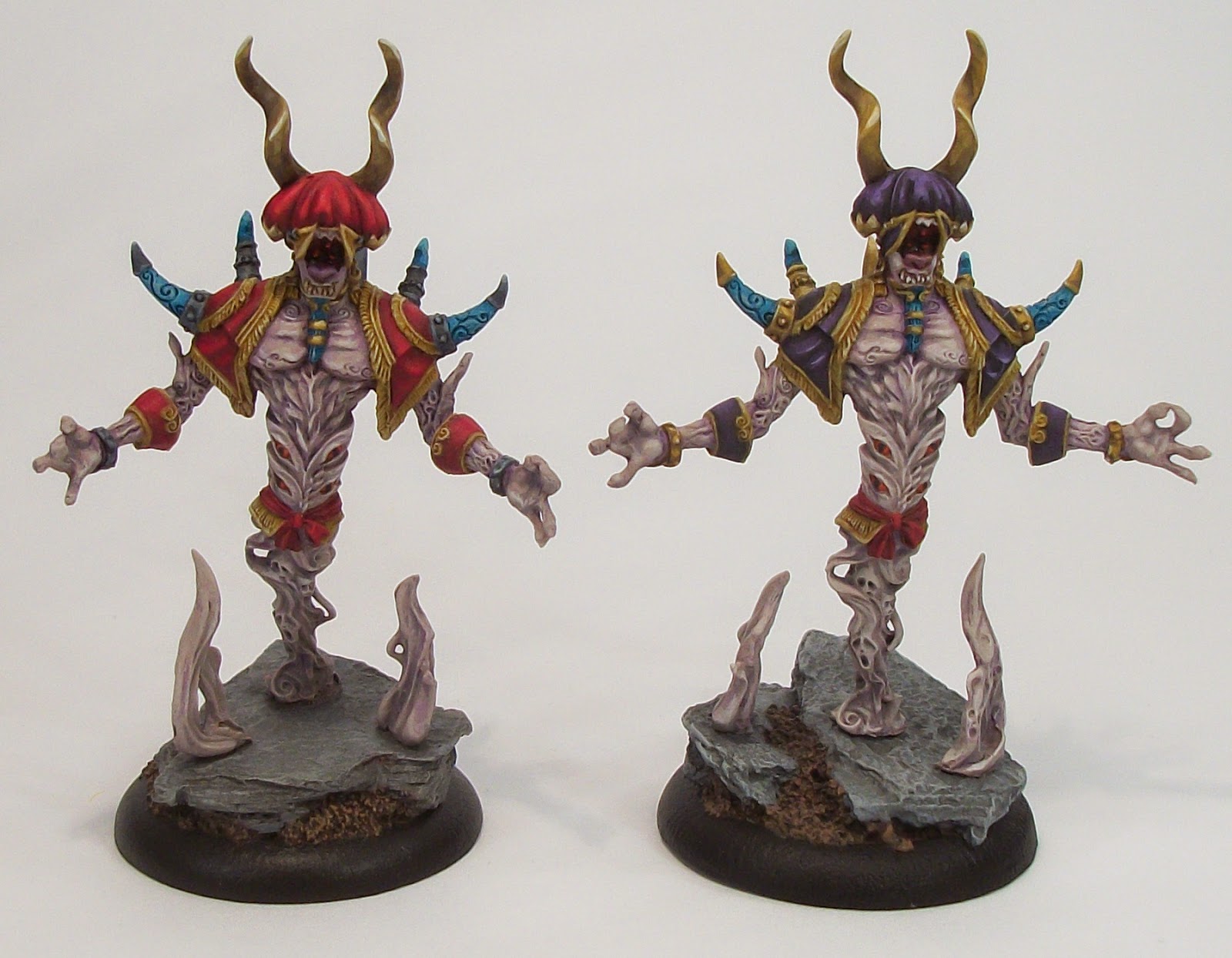