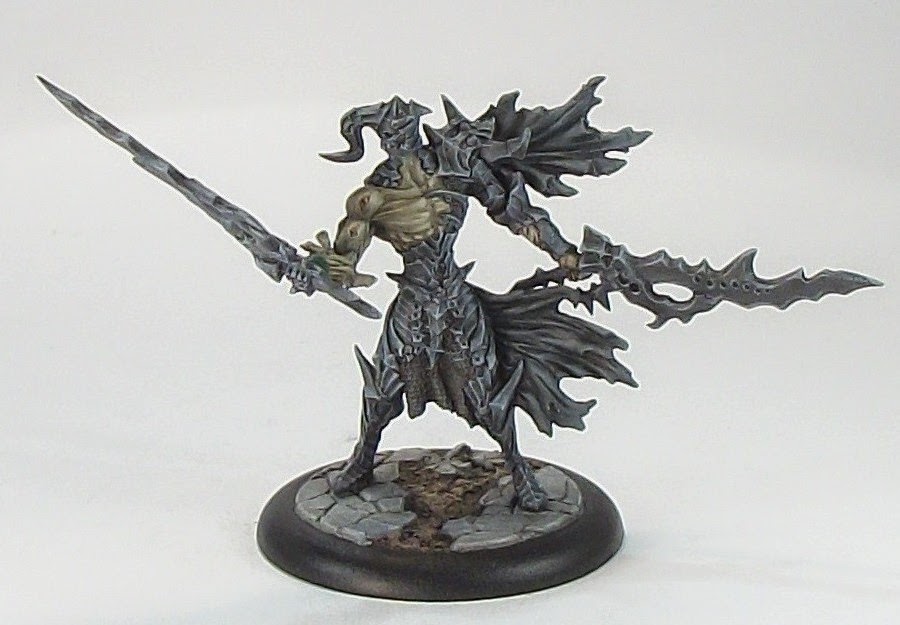 My rate of painting has fallen off a cliff once again. This month has required a lot of attention for the course I am doing and as part of the Pulp City creative team. For some reason, I just have not made even the odd five minutes for painting to keep things ticking over.

I started this one at the beginning of May to try to rectify that, but soon lost all momentum. With the bank holiday weekend I decided I needed to get a mini finished, and this made the most sense in terms of stage of completion. My enthusiasm for painting, which is limited at the best of times, has pretty much gone out the window. 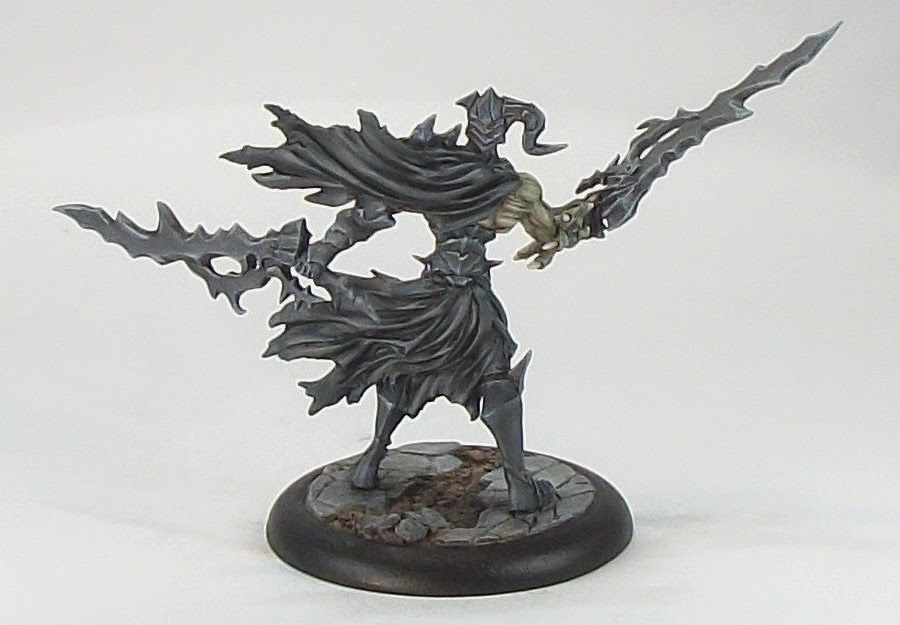 The Raziel Archetypum is a step up in raw power from the weaker (lower Level) Undead that Black Sun can draw upon. As with most other non-unique Undead, there are some options in terms of upgrades, and when assembling the mini I chose to give it Dual Raxxors (the huge swords). The paint scheme reflects my usual approach to Black Sun foot soldiers.

I am hoping to get some games in in the next month or so, so a Black Sun Party could well get a run out before too long I hope!

Running Totals
Anima Tactics Units: 158 (added: another Hellhound and another Wrath of Nature; also I have 4 minis on back order....)
Anima Tactics Units Painted: 53 (51 different models)
Painted Units Percentage: 33.5% (percentage of AT minis owned and painted)
Anima Tactics Range: 151 units (including 2 LE minis; added September as he is due for imminent release)
Percentage of Whole Range Painted: 33.8%
Year to Date Target: 12 of 15 units (3 per month target; 80%)
Posted by pulpcitizen at 12:19