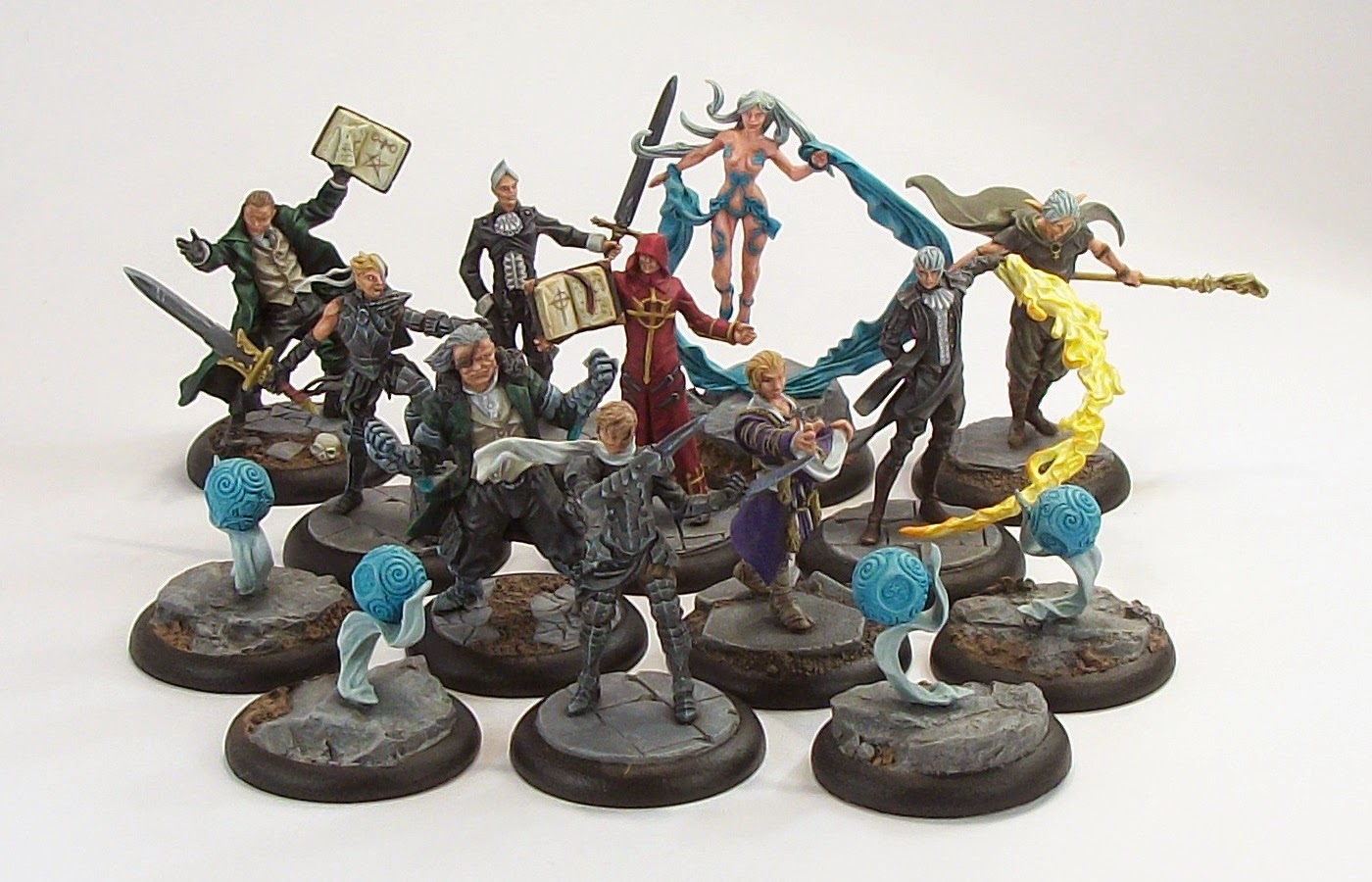 It has taken me around three and half months, but after finishing my first Church Agent here is the seventh instalment of the 'Next 10'.

In the time since the last batch of 10 units, there have been no new releases for the game, so I am staying ahead of that, although I do wish the delayed releases would become available soon - 'new stuff' helps motivate me to paint 'old stuff' sometimes.

With 4 units finished recently, Azur is most represented in this batch. I was glad to get 3 more Agents done, but most of all I was very happy to get Arias Vayu painted as it added another much-needed Light Summon, and was a unit I was putting off tackling.

Unfortunately no larger models were completed in this batch, which is something I think I need to make a concerted effort with in the near future, maybe with a couple of Gears. I still need more Samael and Empire units too.

Looking forward, I think a realistic target for 2015 is probably 30 Anima Tactics units, meaning 2-3 per month. If I can have the next Next 10 done before the end of March, then that would put me ahead, so we shall see where I actually end up.
Posted by pulpcitizen at 00:17