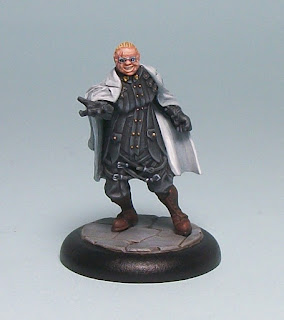 Another Anima Tactics unit finished, this one after a break of three and half months. In my last post I explained why momentum had dropped off this project; well since then there really is no update: Ninja Division/Soda Pop are still waiting for additional stock from the other side of Ninja Division, namely Cipher Studios. Which means fans of the range are still waiting for those last few releases. I will be pleased if they ever appear, but each month I have increased doubts.

Despite all of that, I managed to get to some renewed motivation for painting Anima Tactics and wanted to start and finish a mini quite quickly, and suddenly Adolf Brunner seemed the right option. I thought if I kept going over a few sessions he could be manageable.

Painting-wise, I decided on the sandy blond hair to evoke the idea of German WWII fictional villains from pulps etc. 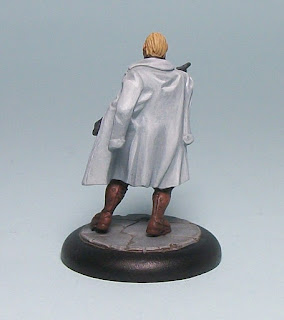 The painting was actually quite straight-forward due to the simplified colour scheme I opted for, and it is nice to have another mini done, although I am way behind my target for the year.

In all I am pretty happy with how the mini has turned out, especially as my momentum for this range had ground to a halt prior to completing this one. Hopefully it won't be another three and half months before I finish my next Anima Tactics mini.

In the Anima background Adolf is described as a nasty piece of work, a cruel supernatural scientist who has risen in power and influence.

In game terms Adolf Brunner is my 10th Azur unit, which isn't bad considering I have yet to play them as an Organization! 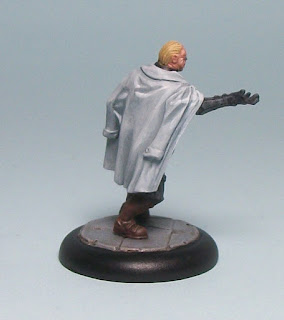 Adolf Brunner specialises in Magic Effects and can return to the board even if taken out. He is also part of the Team The Puppet Master (the boss of it basically) along with Frey and Freya. Like many Azur he has a relatively low Levels cost which was reduced after the cost adjustment in 2013.

Maybe one day I will give my Azur a proper game.