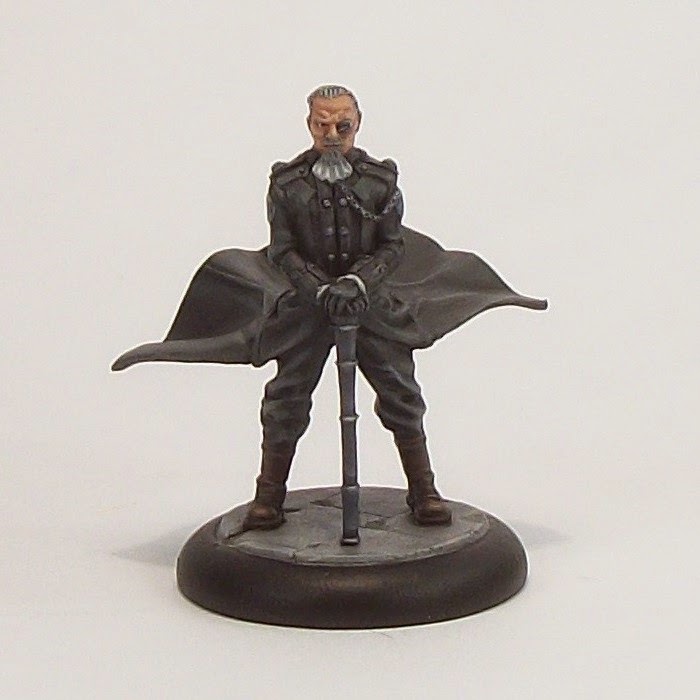 Fast on the heels of the Gear Mk. Trithemius comes Reindhold, my 60th Anima Tactics unit! Alfred Reinhold Webber is a descendant of one of the oldest and most influential noble houses of Togarini (a land of Gaia), and a captain of Les Jaeger. Reinhold wields powerful psychic powers, and is able to move mountains with the power of his mind.

In game terms, Reindhold is a little unusual. Most of his Actions are Effect based, meaning they cannot be Dodged, although Resistance applies. That said, his Damaging Effect is restricted to 6 Life Points Damage, so he has his limits. He also has a Paralysis causing Action, as well as another that can move enemy models, useful with models who have yet to Activate or are in tricky positions to reach. He can also move scenery, but I never like those kinds of Actions in games, since scenery sizes vary so much by gamer’s collections, and also because a beautifully crafted board with fixed scenery renders the Action useless. A minor criticism though. 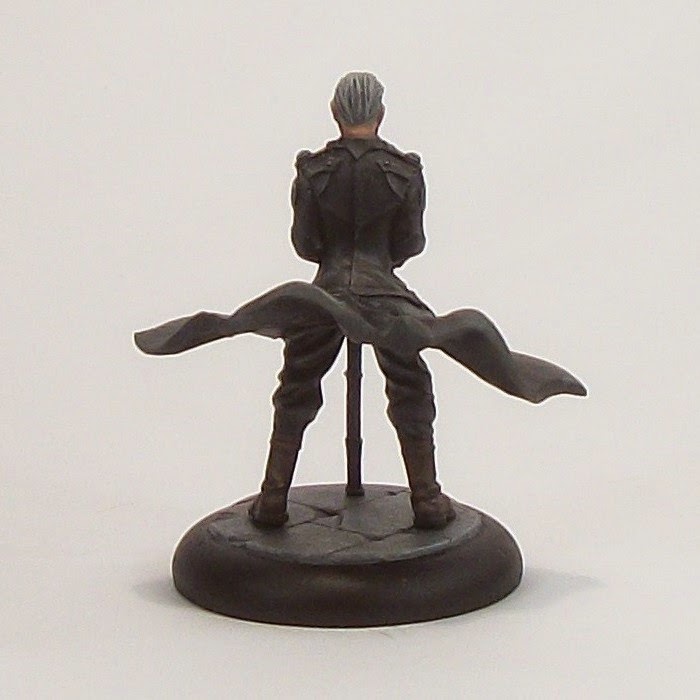 Reindhold is a member of Team Les Jaeger, and the second member of the Team I have painted after Kyler; I still have to complete Kirsten (part-painted) and The Colonel to finish the group. Azur will take a bit of working out in terms of effective game-play I think, so I may hold off playing them until I have Team Les Jaeger and an Arbiter at the very least. So quite a way off then! When I do finally get around to using Reindhold, Advantage Cards that make sense are Clock of Cronos or Fate Clock for the extra AP; Control Bound to boost the Reindhold’s Effect values (making Resistance rolls harder against his Actions); or maybe Presence (extending Reindhold’s Control Zone, therefore his range with abilities). He is also one of the units that benefited from a cost reduction with the 2013 Update.