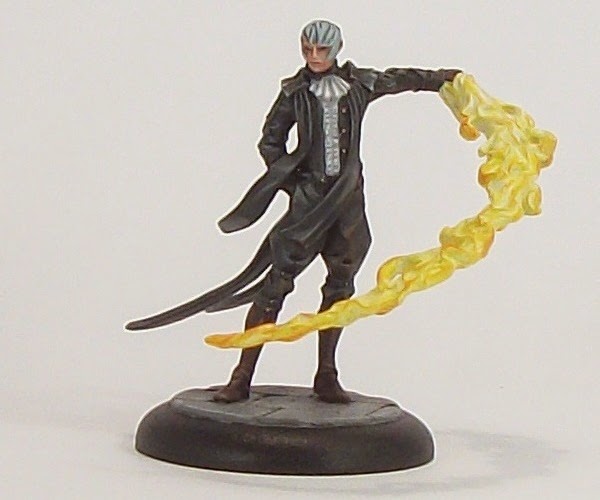 The Colonel is the head of Les Jaeger, and a man whose power and influence extends across the entire world.

The Colonel is the third member of Team Les Jaeger that I have painted, and leaves just one more mini (Kirsten) to finish the whole Team; Team Les Jaeger is currently the only Team comprising 4 units.

In game terms, The Colonel is formidable prospect, with hand to hand and ranged Attacks, as well as the option to steal Life Points from allies and a defensive Action, meaning he is potentially quite durable. However as a member of Team Les Jaeger he gains Arbiter status, adding bonus Actions to his Team. Looking at the Team, I really cannot see a good reason to not invest the 5 Levels Advantage Card cost to get the benefits. He also has the Initiative ability which helps with the Initiative Roll each Turn. 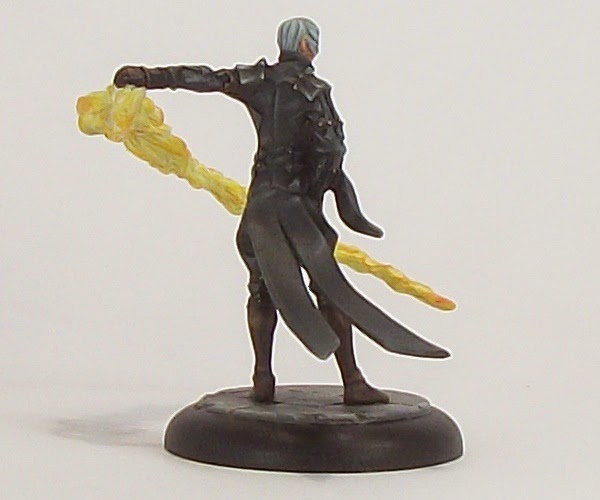 This mini has been assembled for several months, and I think it would have remained unpainted had I not finished painting Reindhold so close to having some time off work. I had some motivation and was able to get him finished over three to four sessions. I may go and do a little more tot he flame to create greater hot to less hot contrast. Please forgive the ropey photography.

This takes me to four Anima Tactics units for the month, and with a few days left I hope that I can get at least one more done before the end of August. It will help me recover some of the deficit that has built up!

Running Totals
Anima Tactics Units: 163 (added: nothing new since the last unit, but I am hoping for another couple of releases soon...)
Anima Tactics Units Painted: 61 (57 different models)
Painted Units Percentage: 37.4% (percentage of AT minis owned and painted)
Anima Tactics Range: 152 units (including 2 LE minis;including September as he still is due for presumably imminent release)
Percentage of Whole Range Painted: 37.5%
Year to Date Target: 20 of 24 units (3 per month target; 83%)
Posted by pulpcitizen at 08:06