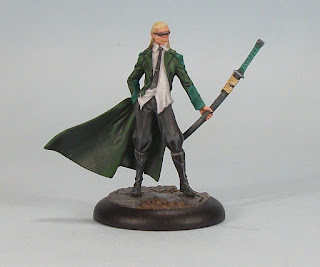 Well given my general slowness in painting, consider today's posts (this one and the next; Grey - click for link) as my likely peak in terms of any speediness in churning out Anima Tactics minis in quick order. I said I wanted to complete 12 more minis in the 12 months after my progress report - not sure if these should count as they were already under-way, but they are are done.

I had not intended to complete Clover at this time, as since he is a Leader he is primarily intended for games at Level 250 and upwards, basically around 5-7 minis I think. Well as i was deciding what to paint after Hiro, I thought I was going to paint Genma, but after splashing a bit of paint on Clover I knew quickly how I was going to tackle him and he was completed pretty quickly by my standards (those standards mean that I can quite happily start a mini and put it to one side to finish anything up to a couple or more years later...). Once I laid down the basics for coat, shirt and trousers it was a pretty swift job from start to finish over a few brief sessions over a few days. I lack the determination these days to sit for prolonged periods of painting, so doing 30 minutes here, or 60 there is how I tend to approach my painting at present. 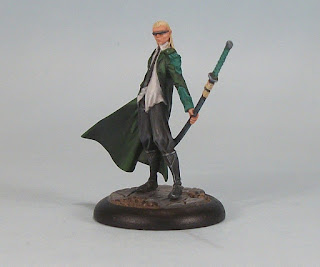 Clover is one of the Leaders of Black Sun. The Black Sun Organisation is a corporation that specializes in Undead constructs of various Types.I have picked up some of these Undead and will get around to them in good time. One thing that has occurred to me is that I will try and include black-green as a motif among all my Black Sun Units. Other Organisations will get their own motif colours.

In the mean-time I do not expect that Clover will get a run out until I have gotten to grips with the game - I think Leaders will be 'off-the table' so to speak, that initial games will be in the 100-200 Levels range as we learn, until we feel comfortable with the game.

Still, it was a nice feeling to get another mini done. What I have noticed is that all so far have been Warriors; I need to get some Mystics (Including Summoners), Prowlers and Summons done to see the available depth of game-play in Anima Tactics. I have been doing some sorting towards that end, but need better weather to spray some minis up. 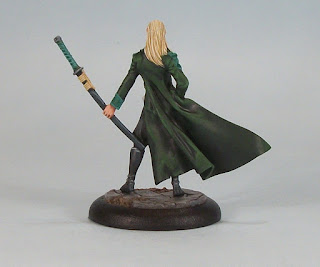