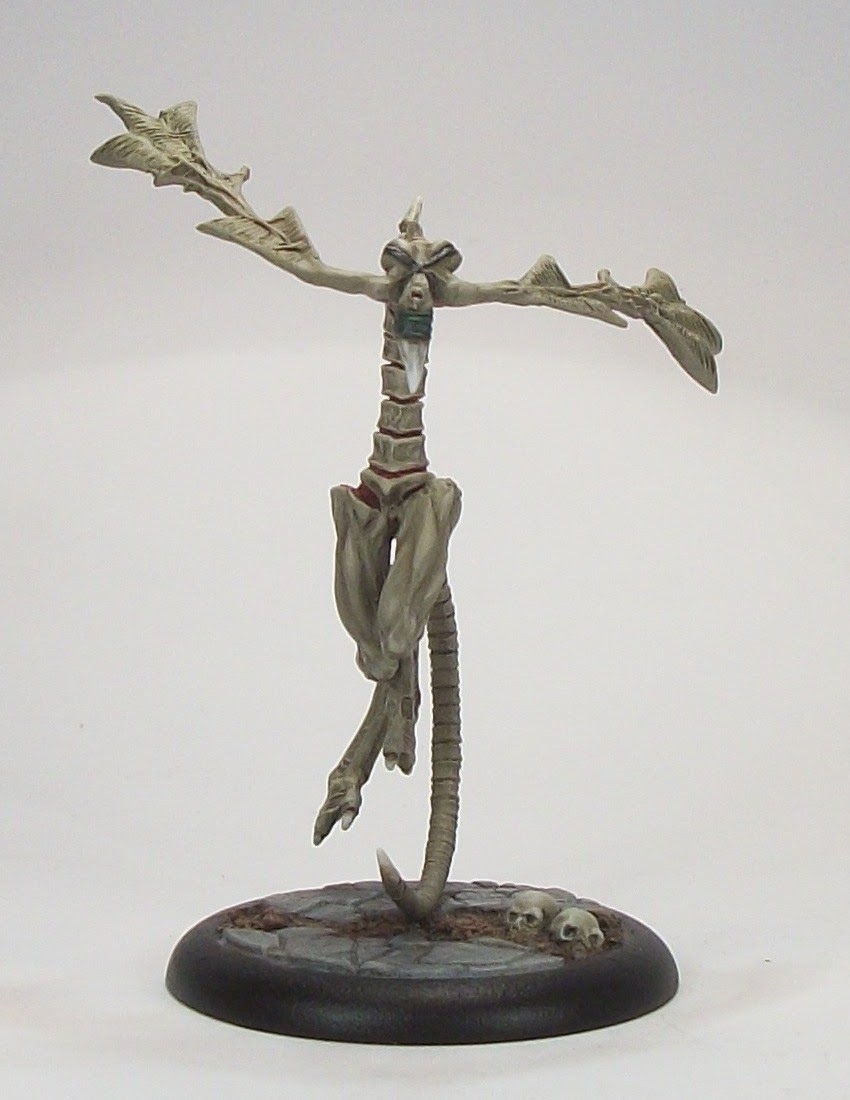 It has been a long lay-off from painting for me (due to working on the recent Pulp City Kickstarter), at least relative to my productivity in 2013. Therefore I am pretty pleased to have painted a few minis over the past few days.

I have managed to paint some Anima Tactics and non-Anima Tactics stuff that I hope will ignite some overall painting momentum, with a view to getting back on track.

This weekend I finished three minis including this one, and in the past few days I have prepped several other Anima Tactics minis: Luther Delacroix; another Al-Djinn; and Freya. While I already had a lot of stuff prepped, I am hoping completing 'some things' right now helps spur me on to getting some serious painting done in the next few weeks and months - time will tell of course, as ever! 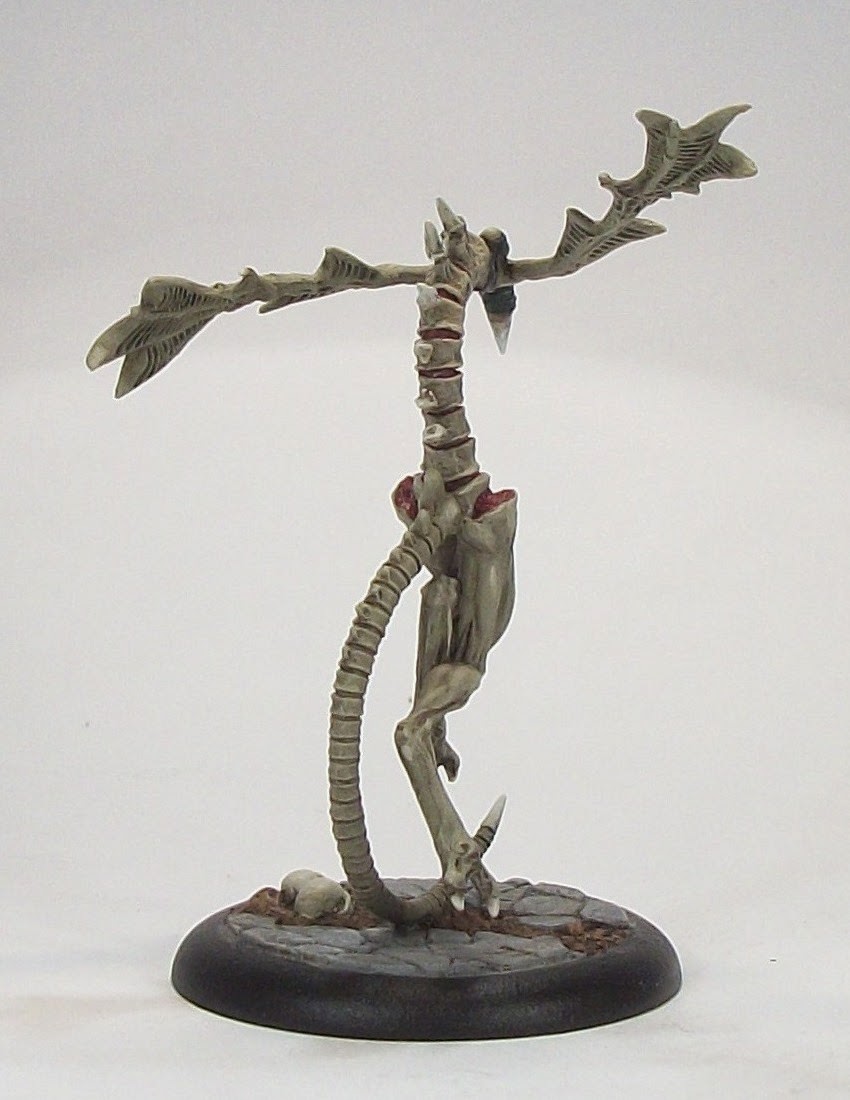 This model has been in my pile of blisters for a few months, but having some time off work this week freed up a bit of painting time, so I had a small surge of motivation and assembled and painted this quite quickly by my standards; it effectively 'jumped the painting queue', but having not finished any painting for several weeks I am okay with that. While not my best work, I am happy with the results especially for a quick turnaround.

In game terms, one Type-020: Verrier can be taken per every 150 Levels of a Party. As an Undead unit you cannot attach Advantage Cards to them, so the key choice regarding the Type-020: Verrier is which upgrade to use. I suspect my primary choice will be the Queen until I get to grips with Guidance Points and Controllers; the Queen option allows lower-Level Undead to ignore the Uncontrollable rule. The options allow this unit to be fielded at Levels between 30 and 40. I have another Type-020: Verrier waiting in the wings (pardon the pun!), although not yet assembled, but with this unit finished and the next (to be shown in a few days), my Black Sun force is really growing; I expect to show a new Party picture very soon, and hope to get them on the table in the next few months. 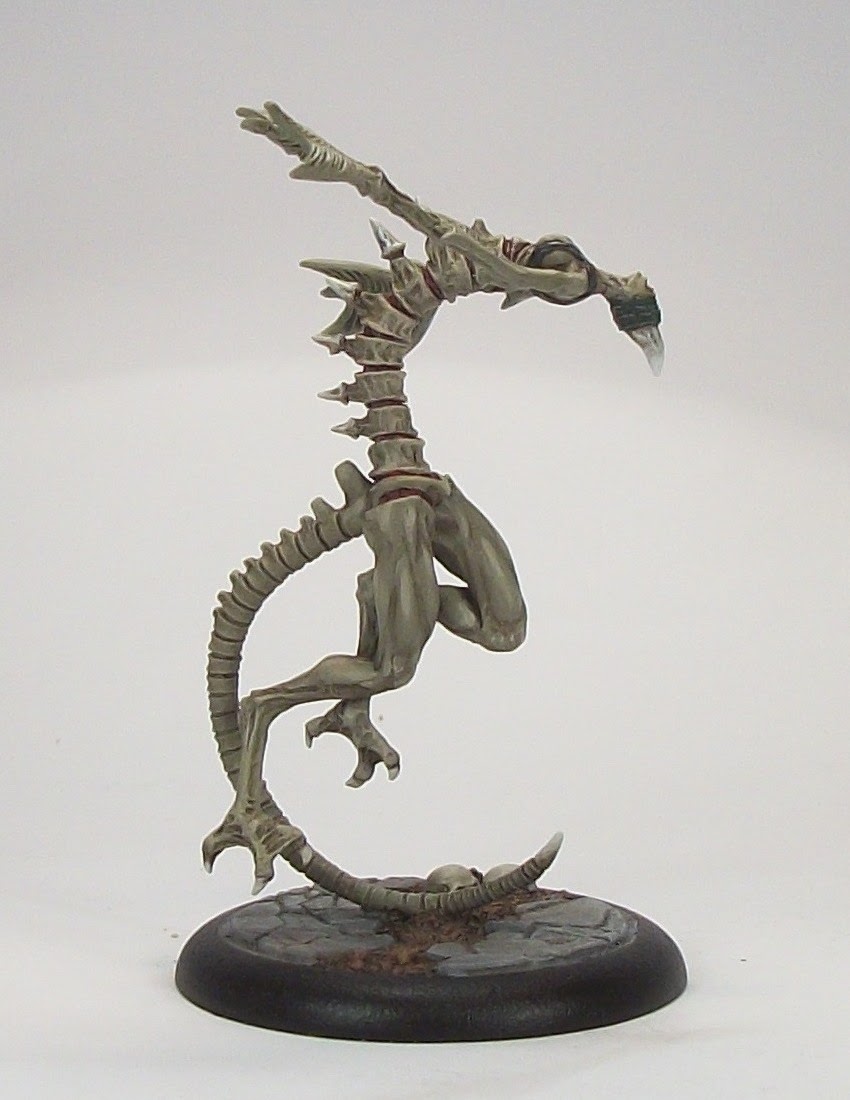 I am also closing in on having a complete collection of the minis. There have been a couple of recent releases which I have yet to pick up (Gear Mk. Trithemius and October), so by my count I need five more minis for the complete set. Getting closer, although the paint total still falls short!