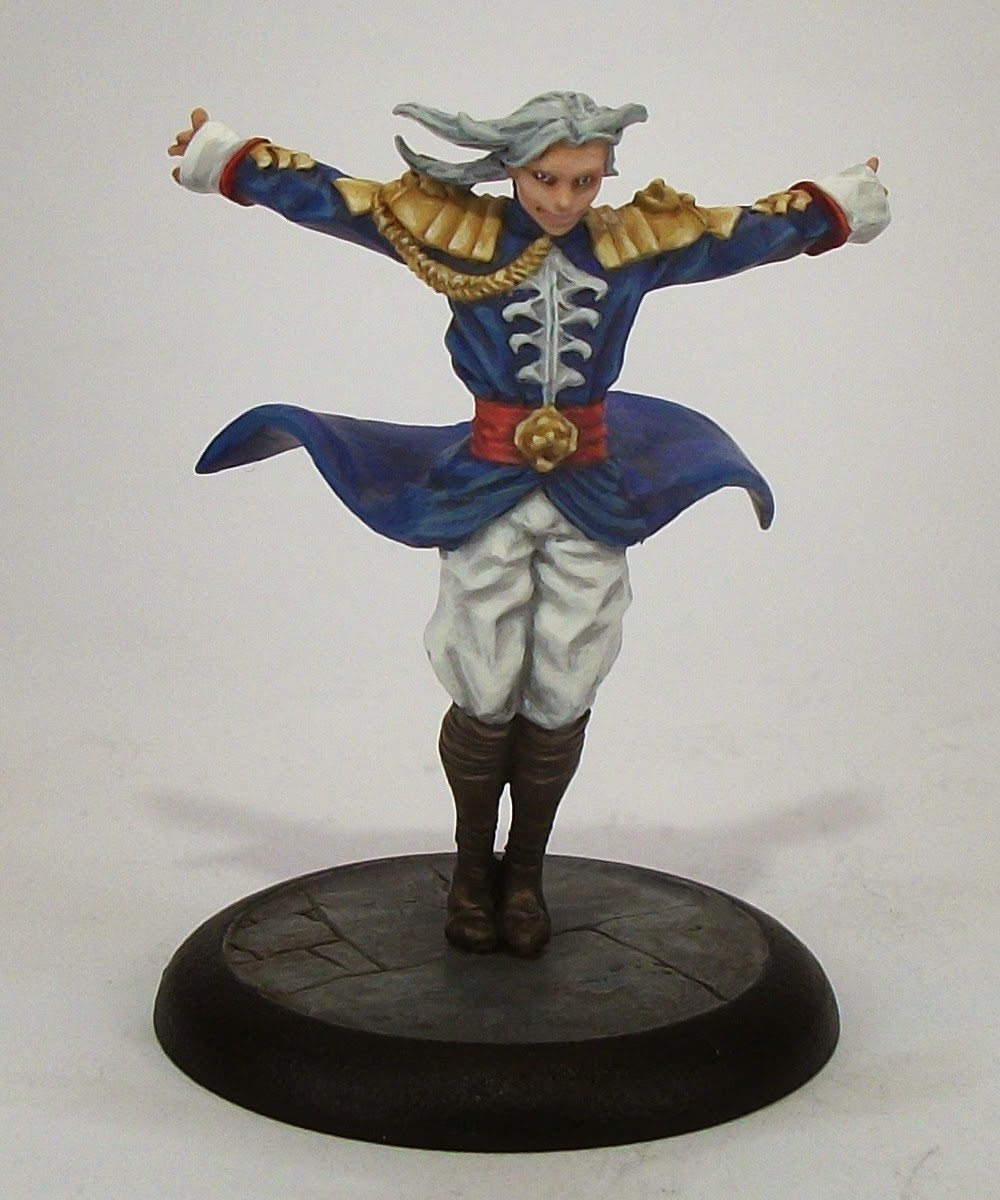 Tiamat is described as the youngest of the four 7th Heaven Knights that serve the Empress, and as a lazy womanizer, but with a peerless talent for fighting.

He is also my fifty-first completed mini for Anima Tactics as my painting rolls on. Tiamat utilises the same basic Empire colour scheme that I have used elsewhere (although there will come a variation when I eventually come to the likes of Samiel and Iosara), with the addition of red as a flourish which should help him stand out a little against the rank and file. I may repeat that red flourish on other Empire Leaders as it should help keep them looking a little distinct.

Tiamat offers me a bit of flexibility for building up my Empire towards a reasonable size Party (i.e. 300 Levels), since he is an Optional Leader, meaning I could still add a unit like Griever if I wanted. With Tiamat I now have around 275 Levels of Empire, so a couple more units are probably needed to make viable Party configurations. It could still be a while before I play a game with Empire, except maybe at a lower Level game such as 200 Levels (usually around 4-5 units). 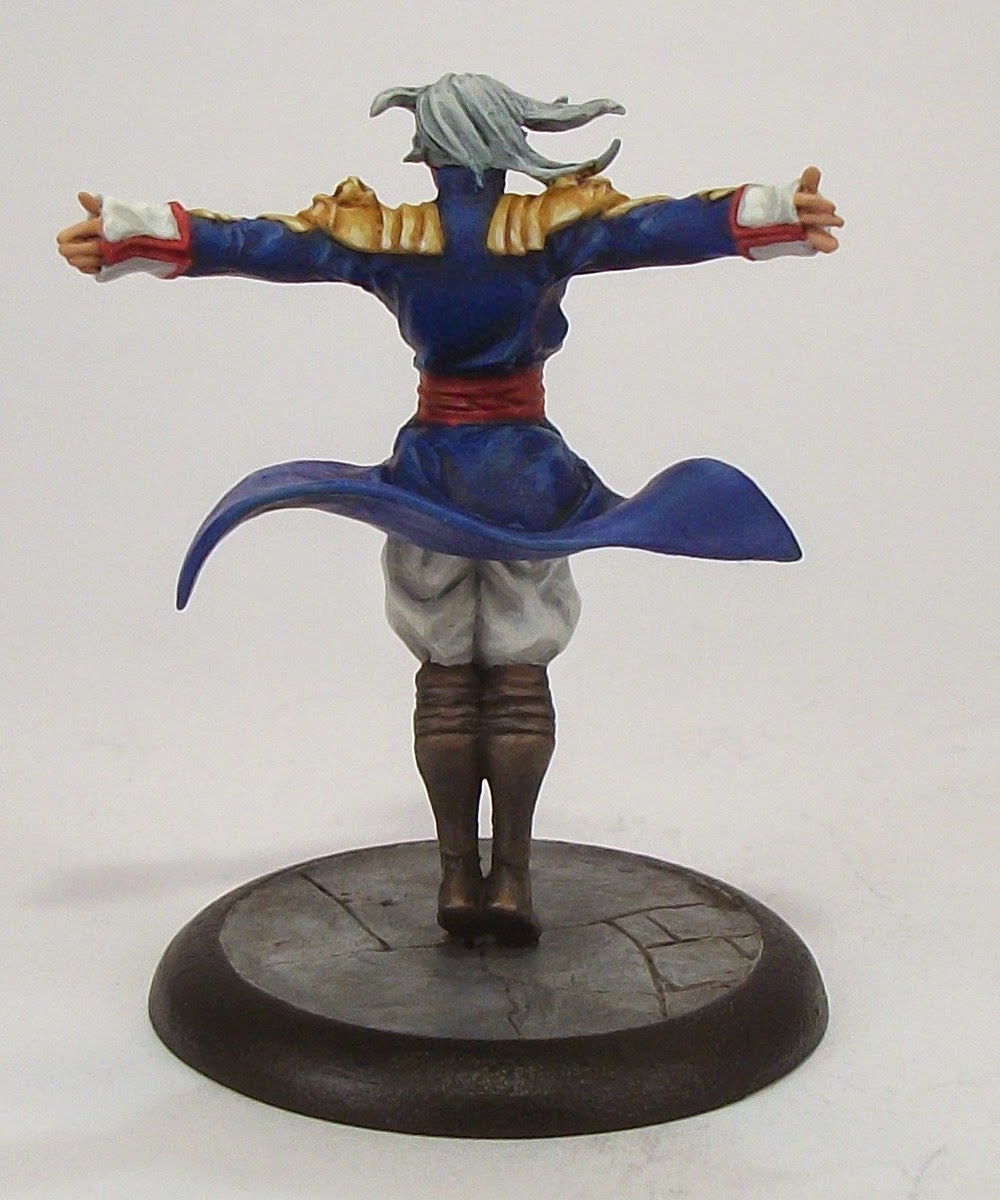 In game terms, Tiamat looks like a decent fighter, although not in the class of some more combat-focused units; balancing that he has some support capability, with Actions that can disrupt enemies (World of Wires and Starlight Romance - and the latter is an area effect which is very potent) and has an Action that offers exceptional Haste for a paltry cost of 1 AP (basically better than most if not all Neokinesis). He has a fairly low Armor compared to some Empire units, but is very mobile so covers some of their perceived weaknesses.