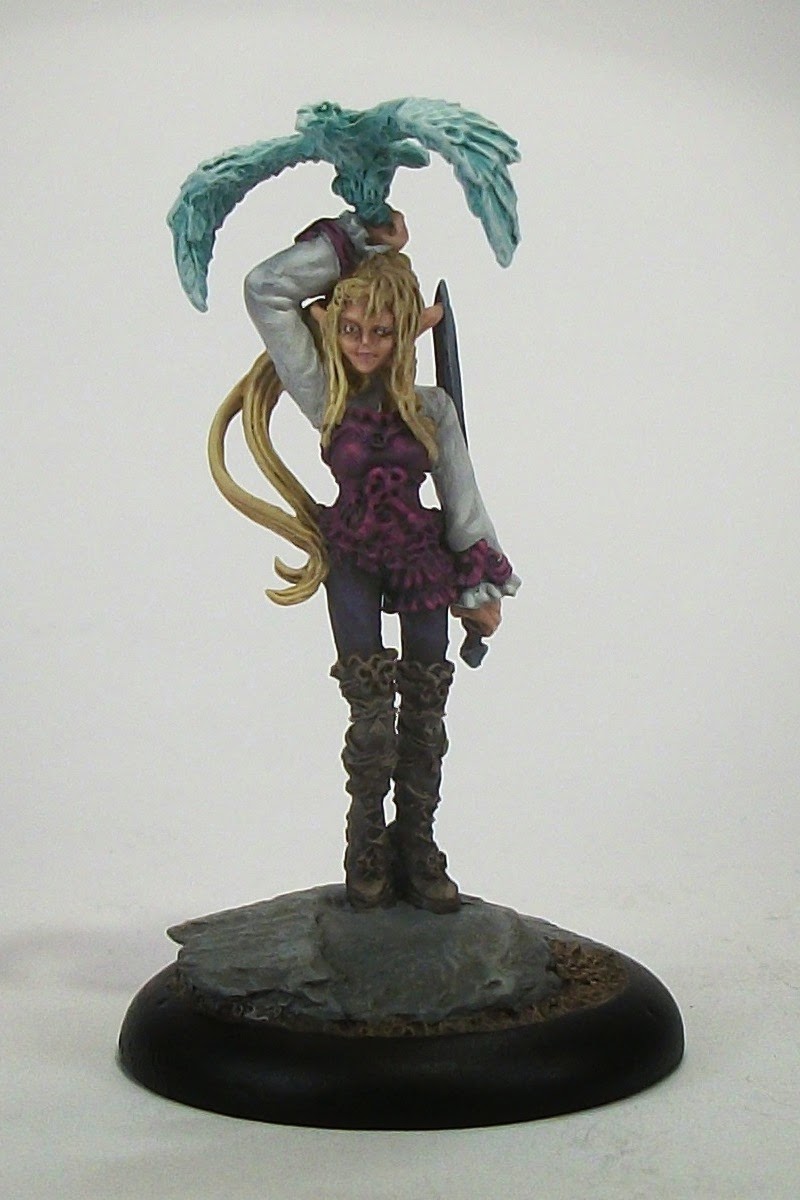 My fiftieth painted Anima Tactics mini, and really not the one I expected to get finished to achieve that milestone. I picked he up while waiting for some paint to dry on another mini and quickly got to work, doing more than I planned to in short order.

Janiel Ul Del Valiem is a formidable spell-caster and fighter. Her mystical abilities allow her to invoke a guardian spirit named Enjeil, who takes the form of an enormous eagle made of energy, through which she manifests her powers.

My Samael units don't have an identifiable colour scheme, and so will have more in common with my Wanderers than the other Organizations; I am guessing they will quite a colourful bunch by the time they are done. It is going to be quite some time before I have enough units to filed a substantively Samael-filled Party (although I could probably do it already with Wanderers and Summons, three Samael units would not feel 'enough' for me), but this is another one done which is the main thing. 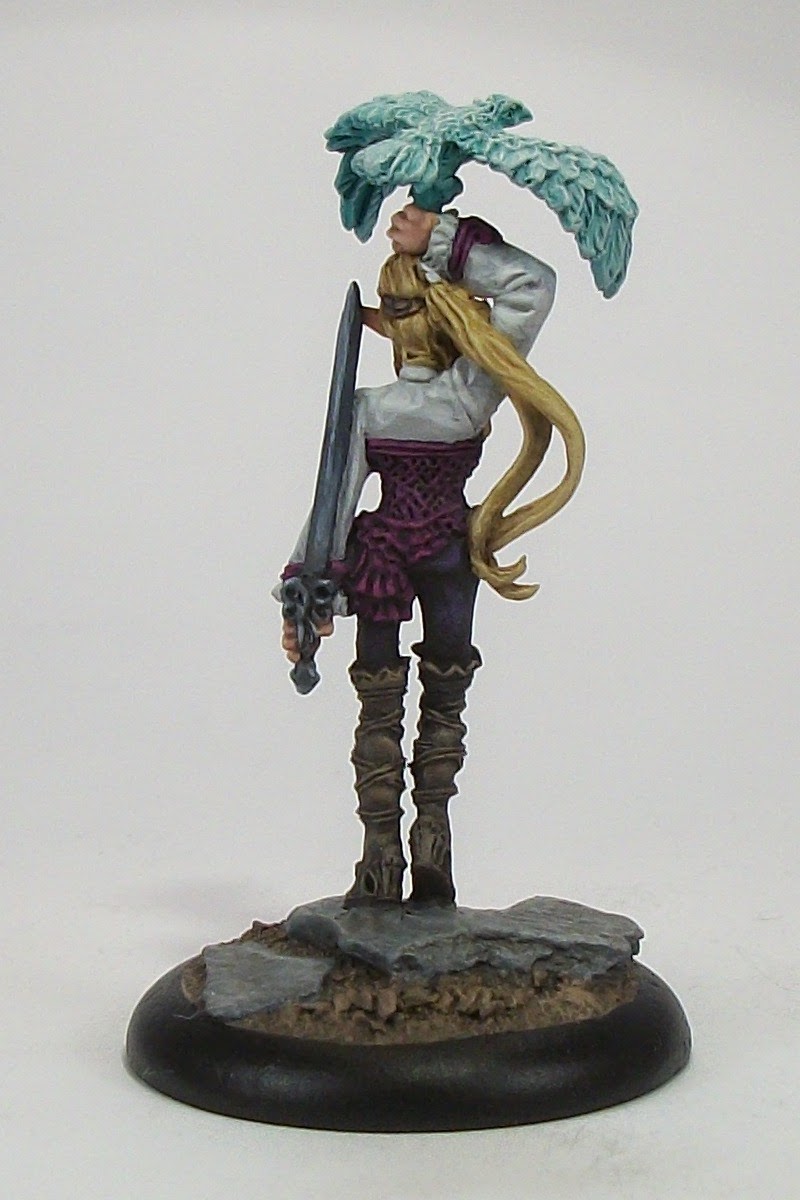 Looking at Janiel in game terms, she looks like quite a bit of a utility character; she looks like a mixed fighter and support character, not excelling in either category, but providing some options in both aspects. Her actions are a mix of close combat Attack, Ranged Attack, Healing, attack buff (to ranged attacks against a single target) and Seeking (used against Hidden for characters with Stealth). When I eventually get a Samael Party together and try and get to grips with them, I think that utility of varied Actions will be useful to cover some short-comings. Of course utility characters generally don't excel with Actions, so may not be as good or effective as a unit with a narrower focus. Pluses and minuses.

For Advantage Card I am thinking Control Bound to maximise the efficacy of her Action that buffs ranged Attacks against a single target, however that would be contingent on having a few Ranged Attacks in the Party.