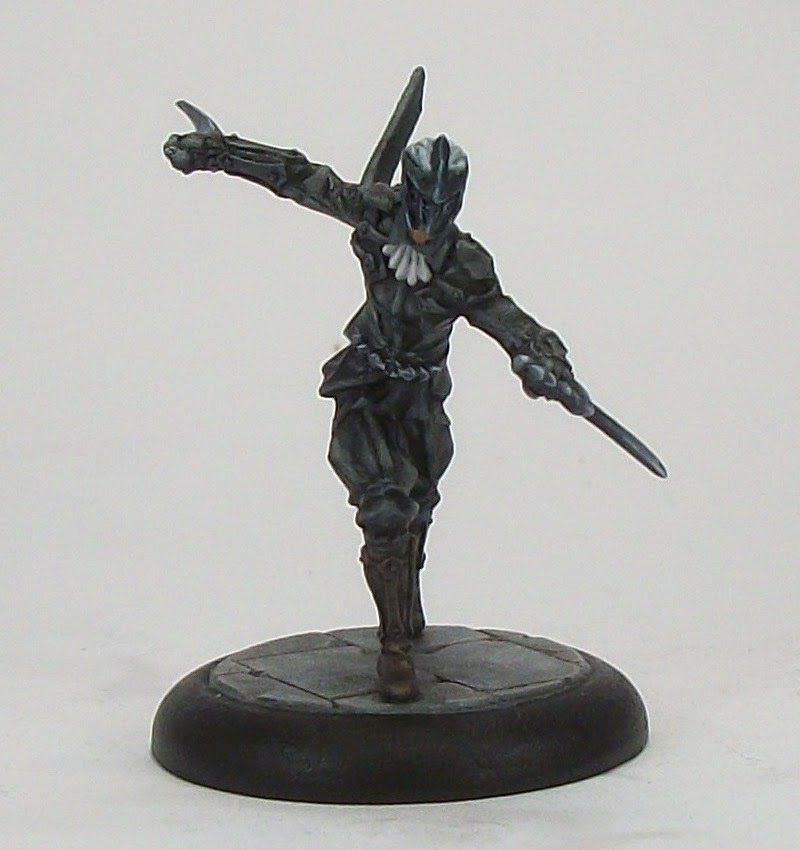 Another Anima Tactics mini done, and I feel so close to finishing my fiftieth Anima Tactics unit (being careful to avoid getting overconfident mind you!); so here is Kyler. I had a sudden burst of motivation, so the bulk of the work was done in a couple of hours yesterday, using my standard Azur Alliance colour scheme (see my Juliette Kaim for the first mini I did in this pattern).

Kyler is an assassin. Remodeled using Lost Loggia technology, and turned into a psychotic killing machine, this member of the dread Team Les Jaeger  has become one of the most prominent killers on Gaia.

Kyler has benefited from a cost reduction from the 2013 Saga II and IV Update, dropping to 35 Levels, which should help make the four-piece Team Les Jaeger a more attractive proposition. However, I think it will be quite a while before I have enough Azur Alliance units ready to field a useful Party of them. With my chaotic approach to what I paint and in which order, one never knows though! 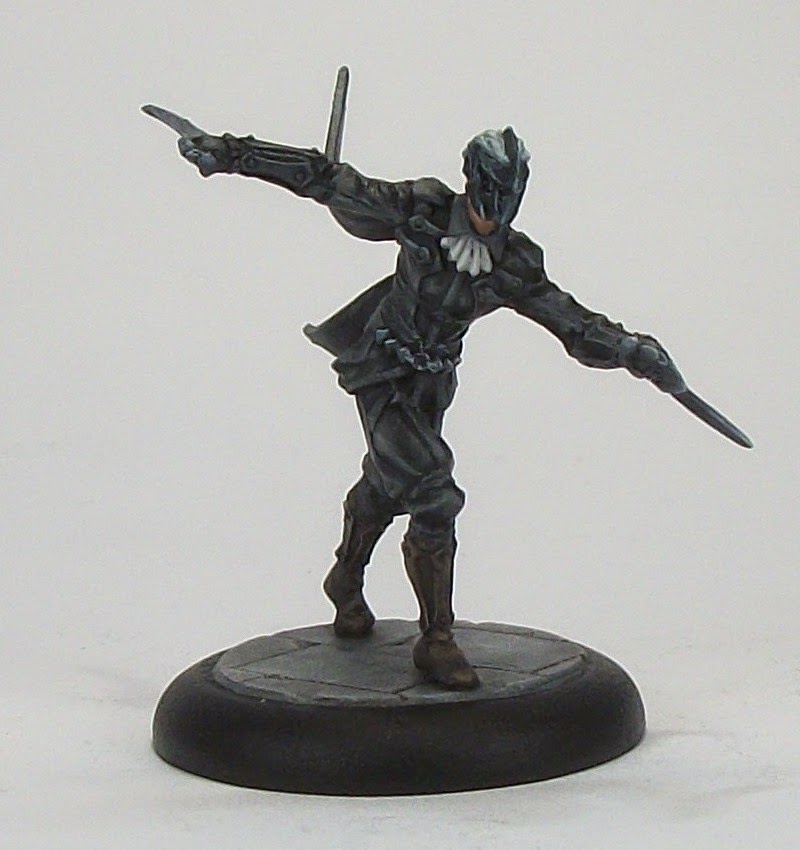 I suspect Kyler will be best used as part of Team Les Jaeger or possibly not at all, despite that he is pretty cheap. From reading the official Anima Tactics Forum, Azur Alliance are pretty challenging to get to grips with, not least the Prowlers that fill the ranks of the Organization. In games, I tend to prefer forces that get stuck in and perhaps don't rely on significant subtleties of game-play, so Azur Alliance may not be the one for me - nonetheless I will be painting them all (I hope!).

An Advantage Card that is pretty much primed to work with Kyler's Actions is Nullem Lusec; Kyler has a 1 AP Attack called Dancing Mad (Attack 4; Damage 2), which would mean up to 4 Attacks of 6/2 which could be interesting. Alternatively there is Nue which makes it harder to Seek a Hidden unit (such as Kyler when using Stealth).

I now need to paint one more to hit mini number fifty, which will feel like a major milestone, not just for achieving another ten painted, but for getting much closer to a third of the range painted (since I have painted two duplicates so far, that would be mini number fifty two at the earliest). Getting this unit done and other recent completed minis (such as Kira; Arkham; Ahriman, Lord of Darkness; Type-004: Hellhound/Hellhound; and Type-020: Verrier) has been pretty pleasing after painting nothing in February. 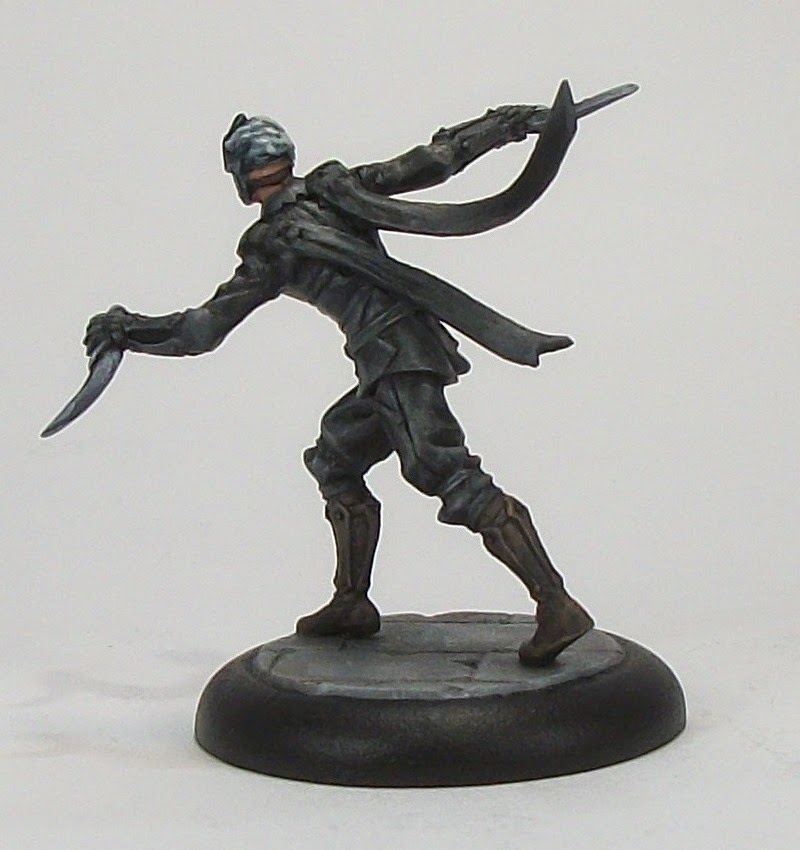