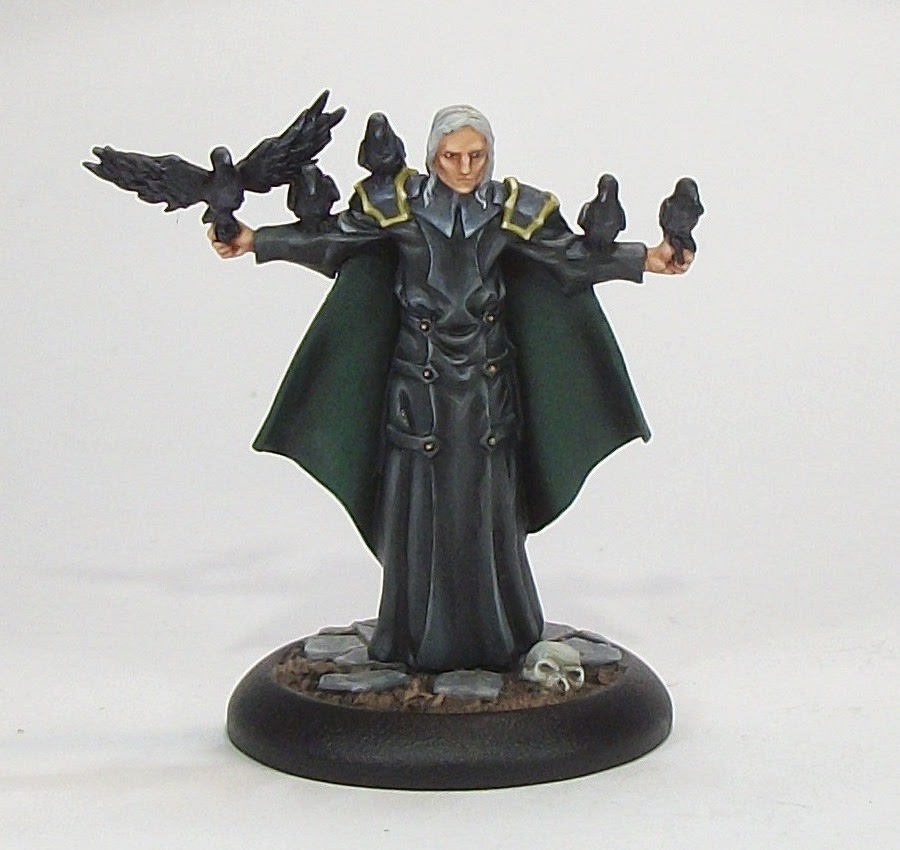 Another Anima Tactics mini finished and some momentum is gathering it seems.

Arkham is described via the Anima Tactics Oracle as an ex-member of Order of the Magus, who became unhealthily fascinated with immortality and undeath, and who is now one of the main researchers participating in Black Sun's necromantic weapons testing. Surrounded by a legion of spectral ravens and drawing upon dark magic, this dark wizard will stop at nothing to achieve his goal of becoming the ultimate form of undead.

Yet another Black Sun you may say, after the Type-020: Verrier and Type-004: Hellhound, and you would be right! A week ago this was in the same state it had been for months - a couple of basic colours and then nothing else. Suddenly this week I felt the motivation rising to finish it, and one thing I have learned is to go along when I get some painting mojo going! Bit by bit over three evenings and an hour in a morning at the weekend, this has gone from two basic colours to finished, much more quickly than I anticipated. 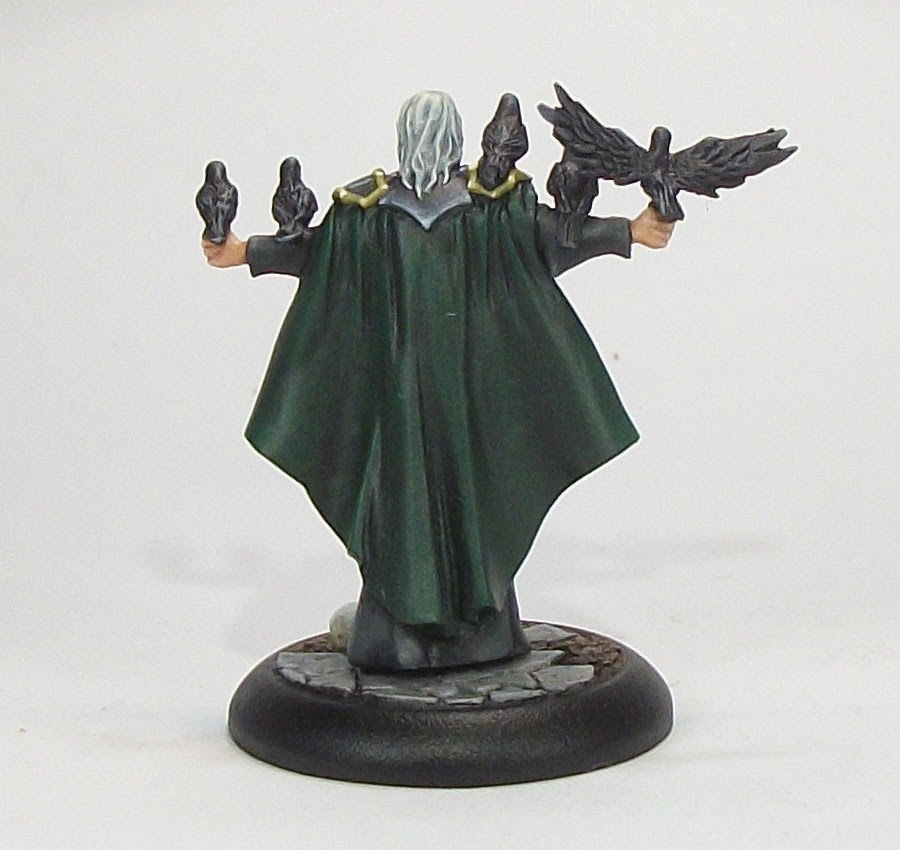 Finishing Arkham helps round out the Black Sun unit options so I hope I can concentrate a little more on the other organizations before returning, but you never know. Or at least I don't! It alos drags me closer to the next 'Next 10' than I thought I would be a couple of weeks ago, so I may be able to make it to that target by the end of April with a little luck.

In game terms Arkham is a bit light-weight, although he does have a potential threat range of 32 inches thanks to his Raven Flight plus Beam Actions. He also has an Action called Soul Scavenger, which can cause every attack against a single target to inflict Critical Hits for a Turn; to me that sounds ideal against tricky high Defense targets, and maybe against targets with large LP totals, but I will have to see the Action used to weigh it up. He also offers 2 Guidance Points, which are of course useful when managining the rank and file Undead. The Advantage Card that seem most likely would be Control Bound to maximise the impact of Soul Scavenger, or Ring of Erebus which increases range for magical ranged attacks and would add to utility as a back line 'sniper' of sorts.