My fourth Anima Tactics mini finished in March, and this was done from base colours to finish in a few hours, 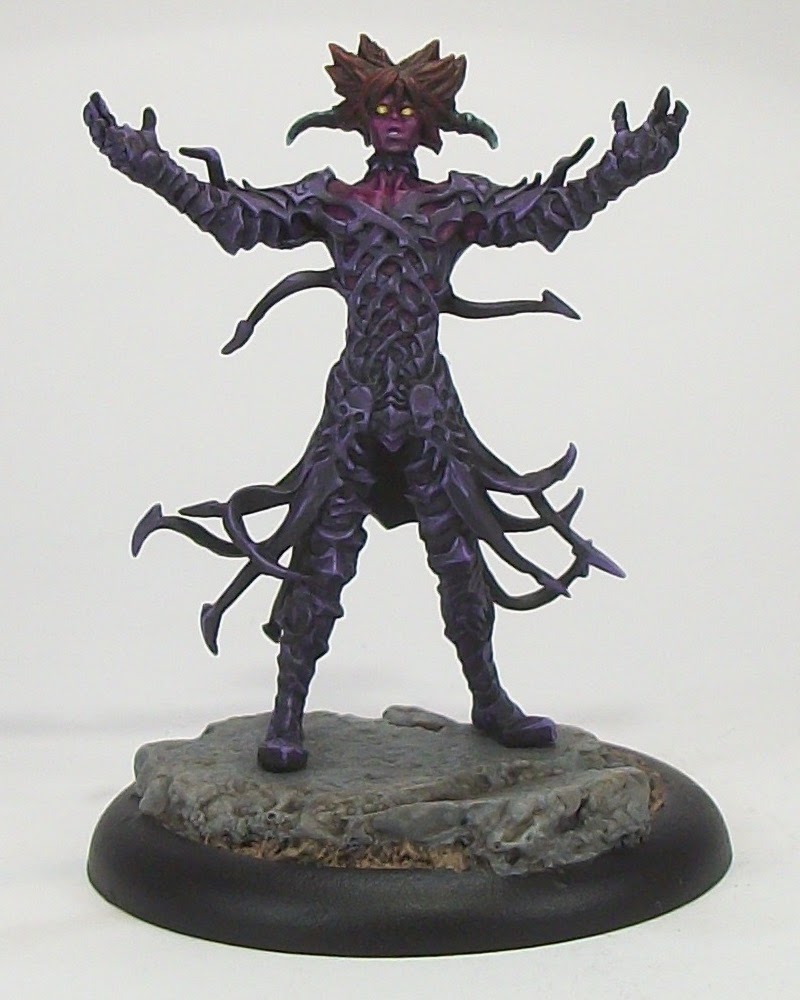 and completed in one day - something my haphazard painting process normally forgoes!

I had a vague idea of what I wanted to do for this mini for a while, but never made a start. Then I changed my mind, picked up the mini, and wanted to try a couple of new-ish paints in my collection from Reaper. The final scheme then formulated pretty quickly and I quite enjoyed doing a 'quick and done' paint-job. Nothing fantastic about the painting here, but done quickly to a satisfying standard, and yet another mini finished, and a step closer to number 50.

I am particularly chuffed to get another Dark Summon finished as that then frees up more balanced options for games.

Ahriman, Lord of Darkness is a unit that has benefited from the points costs revisions in the 2013 Saga III & IV Update. Costs have dropped to 35 and 45 Levels for the two differing forms. But in all honestly I can see no good reason to use the lesser form as the greater form has 1 extra point of Attack, but more importantly has an extra Bind Point, meaning it can stay in the game longer. Mitigating that Bind Point difference requires for more  than the equivalent cost in my humble opinion, so a no-brainer. And there is more; the higher level version benefits from Intangibility, meaning only enemy units with Magic or Ki Attacks or Effects, or of a Level higher than Ahriman, Lord of Darkness' Atman of 60 (so characters of Level 65 and above), can actually harm this particular Summon - pretty nasty then. 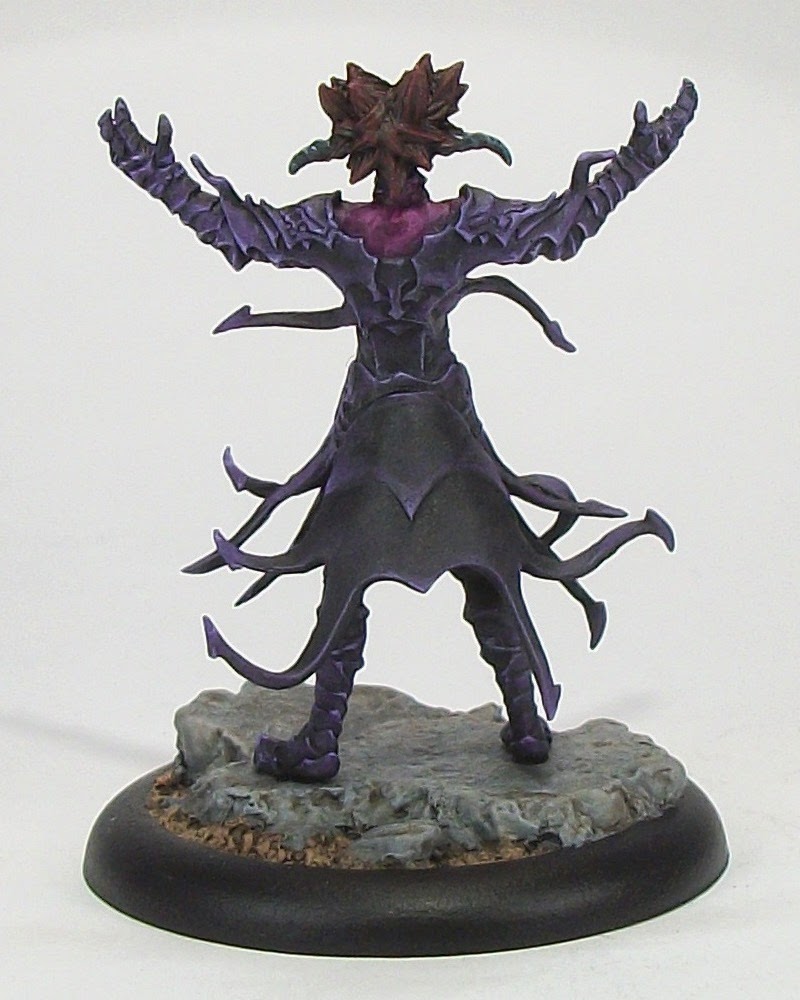 In the background, the Lords of Darkness appear to be the elemental opposites of the Maidens of Light. Since I am planning to eventually paint a second Elhaym, Maiden of Light, it would make sense to paint a second Ahriman, Lord of Darkness. Another purchase to make then!