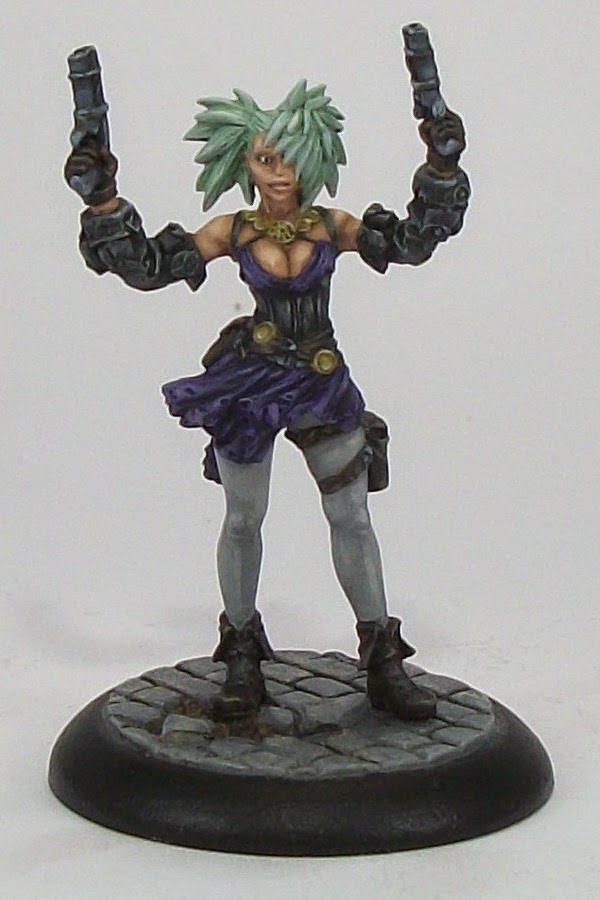 Another minis finished. In all, March 2014 has been a pretty productive month for me, with five Anima Tactics minis painted (the others being a Type-020: Verrier; a second Type-004: Hellhound/Hellhound; Arkham; and Ahriman, Lord of Darkness) and two minis for other ranges. Like Arkham, this one had been part-painted for months, so it is very pleasing to have cleared it from the painting queue. Even if looking closely at the pictures it looks like I have a bit of tidying to do around the back of the left ankle!

With Kira completed (with the caveat above!), my Wissenschaft force has grown to the point where I have a few options for 300 Level games. This year, I would really like to crack into the Gears. That will be dependent on settling on how I want to paint them in a consistent and pleasing way.

In game terms, Kira overlaps a little with Alessa Raincross, so I can see them being played together to double up capabilities. They are far from identical however. Following the 2013 Update, Alessa Raincross had her cost adjusted to 40 Levels, the same as Kira. Kira edges capabilities with higher Attack (5 vs. 4) and Life Points (13 vs. 10). However, Alessa has a longer range Special Attack (24 inches). Both have a multi-attack Special Action, with Alessa's throwing out more actual Attacks against a slightly better range for Kira. Alessa has Stealth, which Kira does not, but that is limited in context of her two Special Attacks, so in all, I think Kira wins out for me. That said, they look pretty 'shooty' for 80 Levels together, and I can see both getting a run out in a Party. 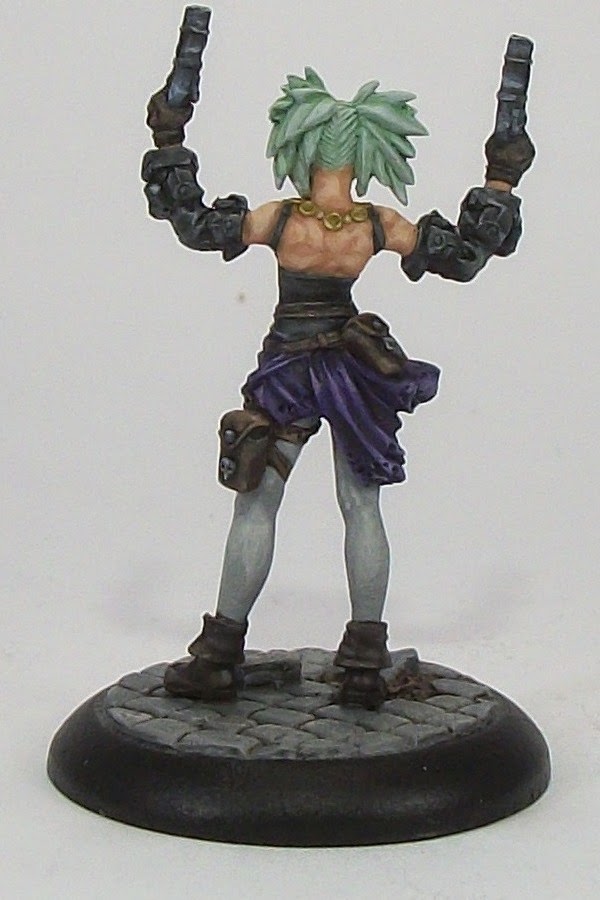 The obvious Advantage Cards are probably things like Piercing Weapon and/or Elemental Weapon, and also Gnose to reduce the threat of enemy Ranged Attacks against Kira.