A little break from posting newly painted units after Alis Testarossa (but fear not, the painting queue is rightfully full!).

Anima Studios and Cipher Studios/Ninja Division have posted a number of preview images of Anima Tactics minis in the past couple of days. 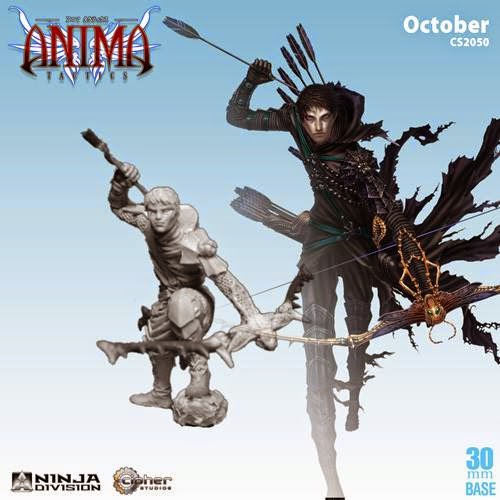 I really cannot wait for this one, especially after seeing the sculpt. I can only hope that the other planned KS minis that are linked with the campaign  are half as good.
Current KS fulfillment ETA is November 2014.


October
First seen a while ago (and I had a preview here).
A Dark, Empire unit.
The mini is reportedly due in July 2014. 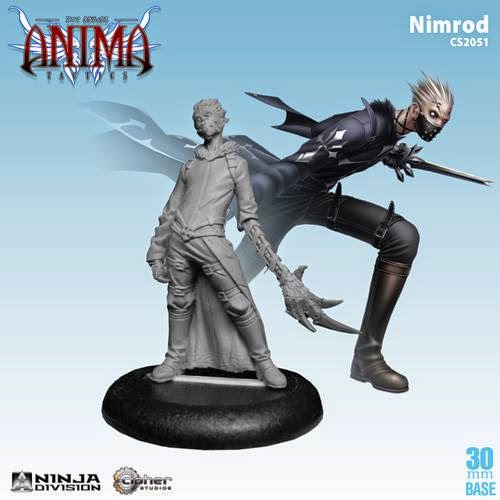 Nimrod
Also seen recently in work in progress form (click for link), when the name he was being worked on under was apparently Shadowhunter (since changed).
A Dark, Church, Prowler, apparently able to Attack and Charge against Hidden units; I really, really could have done with him against Alessa Raincross equipped with Nue (Advantage Card) in a recent game! He will certainly move up the painting queue to counter situations of Stealth sniping from Alessa and others.
The mini is reportedly due in August 2014. 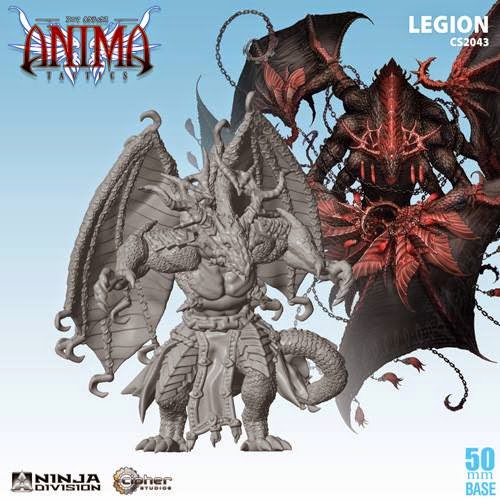 Legion
This one has been known about for some time, even if the mini has only just been shown. It had been suggested that Legion would be released in 2013, but now it looks like a release date is forthcoming.
I am mindful this is clearly a CAD render and not a cast mini, so I have some reservations. I will get it, but how much I like Legion is really going to depend on 3 things: How many parts he gets cut into? Will the textures like scales etc. be rendered and cast well-enough? Will Cipher Studios relent from previous practice and release a big model in resin as the best medium for it?
Rules-wise, the cards for Legion were spoiled last year, and if there are no changes he is a real  beast at 100 Levels (currently the highest in the game); 50 Life Points; 5 Armor; Attack 7 and Damage 8. The main caution for me is the wording on some of his abilities - it is unknown if that has been rectified or not.
Legion is a Dark (again!), Warrior/Leader, Samael unit
The mini is reportedly due in September 2014. 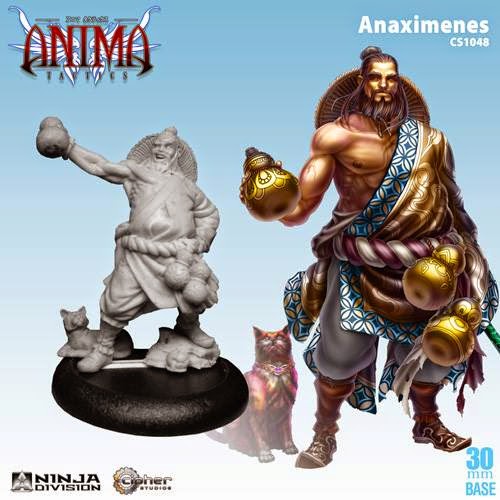 Anaximenes
I don't know anything about this one, but I am guessing maybe a Wanderer of some kind. A fun looking mini to me!
The mini is also reportedly due in September 2014.


If the release dates hold true, I can see me assembling an order for later in the year from the USA (since distribution is still limited at best in the UK).
Posted by pulpcitizen at 08:48