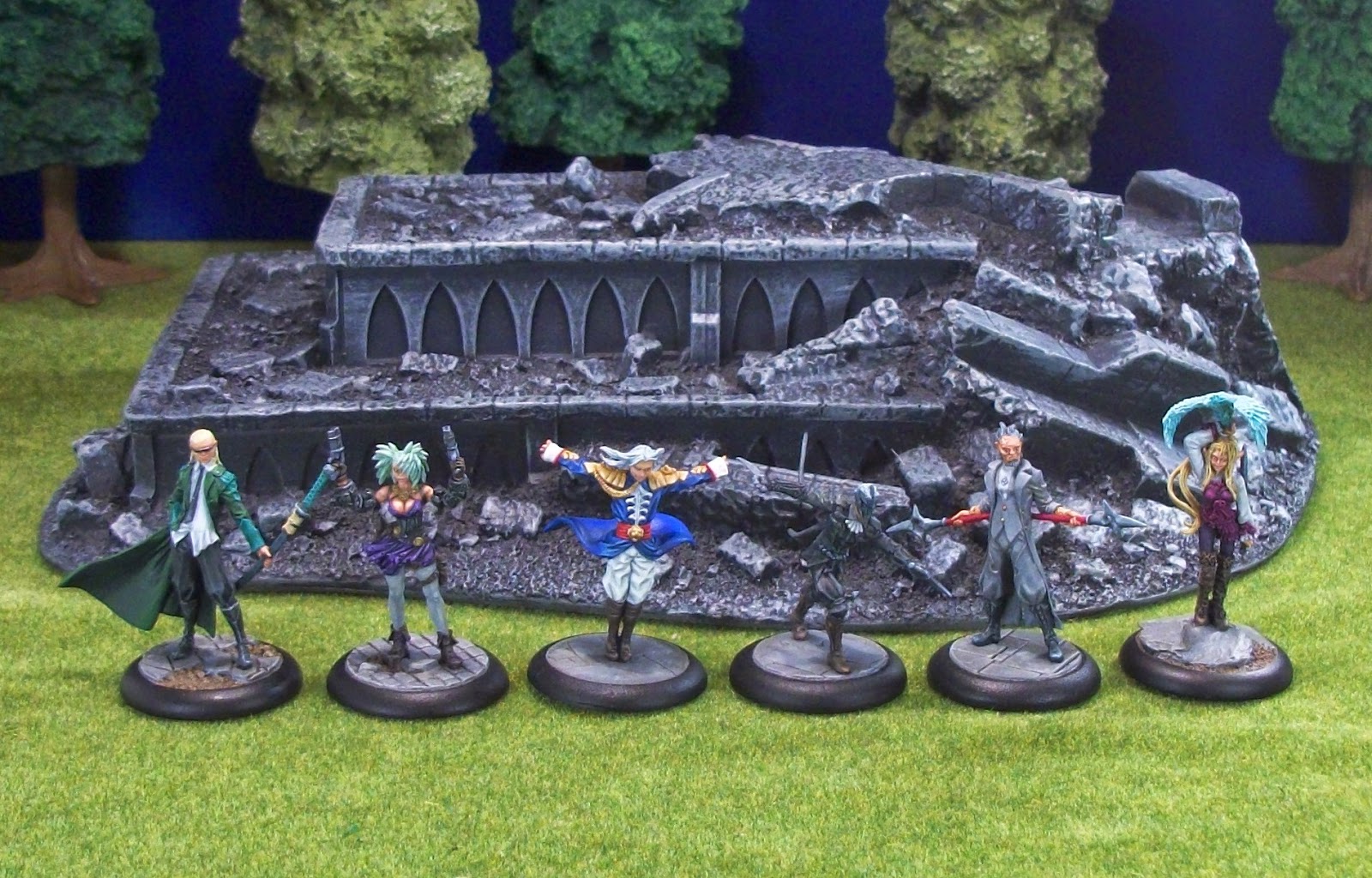 From the Spanish 'HELS' tournaments, there appears official corroboration of additional Organizational Advantages. These have not yet been placed in an officially endorsed or presented publication, but they do nonetheless appear official (this link is through to a source of the English language translation).

The additional Organizational Advantages are:

Given that there is no news about any imminent expansion book, and that Anima Tactics has not had the same attention as its stable-mate Helldorado, I hope that when the Addendum that was mentioned as forthcoming addresses these additional Organization Advantages in a more 'official' format.
Posted by pulpcitizen at 02:40