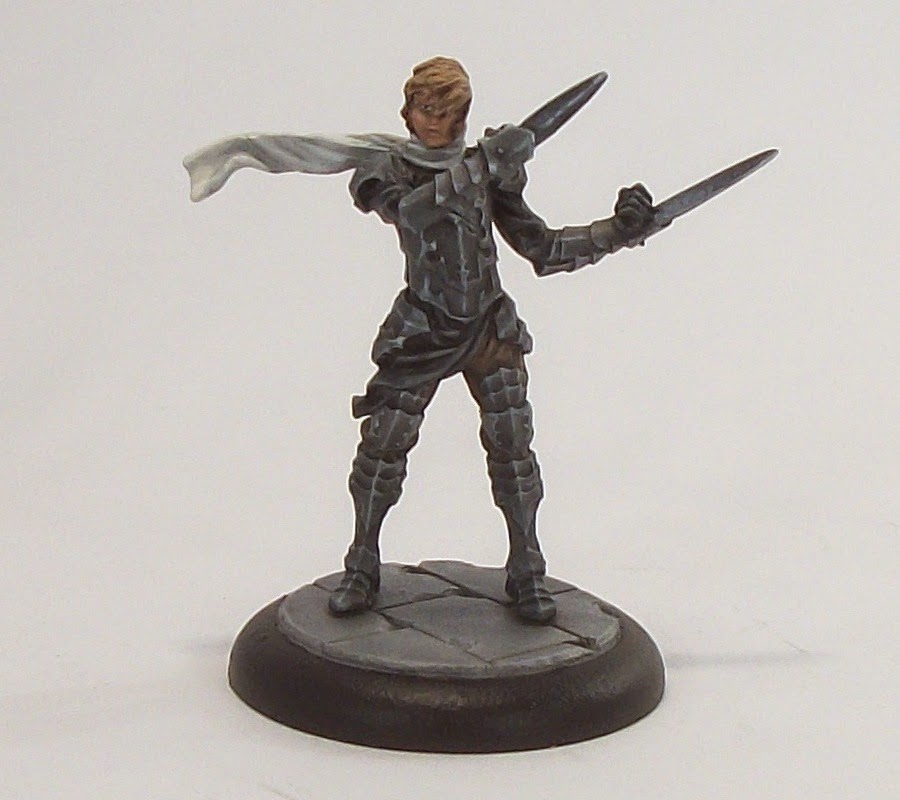 Dagger was started at roughly the same time as Claude Valmore, but I have been busy completing a final assignment for a course, which has drastically impacted my painting, and meant a delay in painting Dagger. Some sudden painting momentum from Zomtober on one of my other blogs has helped me get Dagger done, so that was very pleasing, especially as it has been a month since my last Anima Tactics unit was finished.

It is funny that in the last couple of months or so I have managed to add 3 more units to my Azur forces. That certainly wasn't planned, but then there really is not too much planning to what minis I paint and in what order I paint them!

Dagger looks to me like a more selectable proposition than Claude Valmore; they have some similarities in their durability (Defense, Armor and LP), yet Dagger can be used more offensively than Claude, and is much less dependent on enemy Actions. 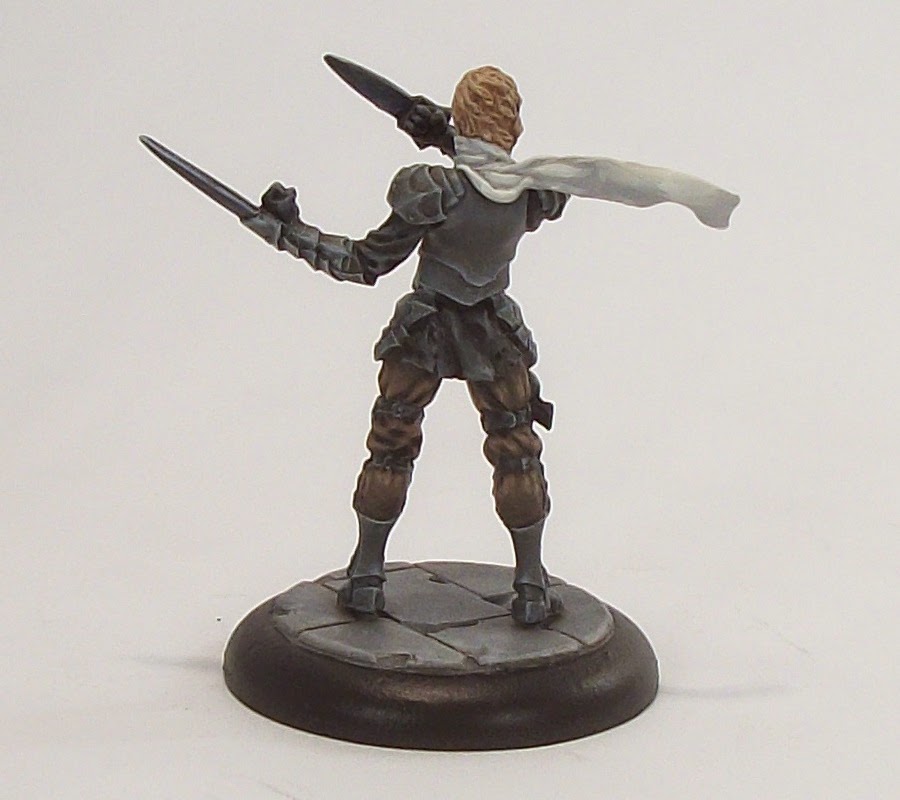 Given that all of Dagger's Actions use 3-4 Actions, then with his 3 AP recovery I think he really needs Advantage Cards that help AP recovery, which for me means his best options are Clock of Cronos or Fate Clock. I think it will be tricky to use him, as his Actions work best when used at full AP (4), which means that getting him into the right position is vital. I hope that before too long I can get around to putting an Azur Party in battle so that Dagger gets some game time as I love the model and find his Actions very interesting, even if it may take a while learn to to get the best out of him.

For the year I am way behind my target for Anima Tactics, and I hope that in the next couple of months I start to recover some of that. I currently have less than 100 units to paint - at my current rate I am still looking at just under 3 years from now to get that done. I feel that I also need to add more Samael and Summoners; Samael especially is the only Organization that I cannot really get a decent Party on the table for at present, and something I feel I really want to rectify.

Running Totals
Anima Tactics Units: 163 (added: nothing, but I still have two minis on pre-order)
Anima Tactics Units Painted: 64 (60 different units)
Painted Units Percentage: 39.3% (percentage of AT minis owned and painted)
Anima Tactics Range: 152 units (including 2 LE minis; including September as he still is due for presumably imminent release, and has been for a long time)
Percentage of Whole Range Painted: 39.5%
Year to Date Target: 23 of 30 units (3 per month target; 77%)