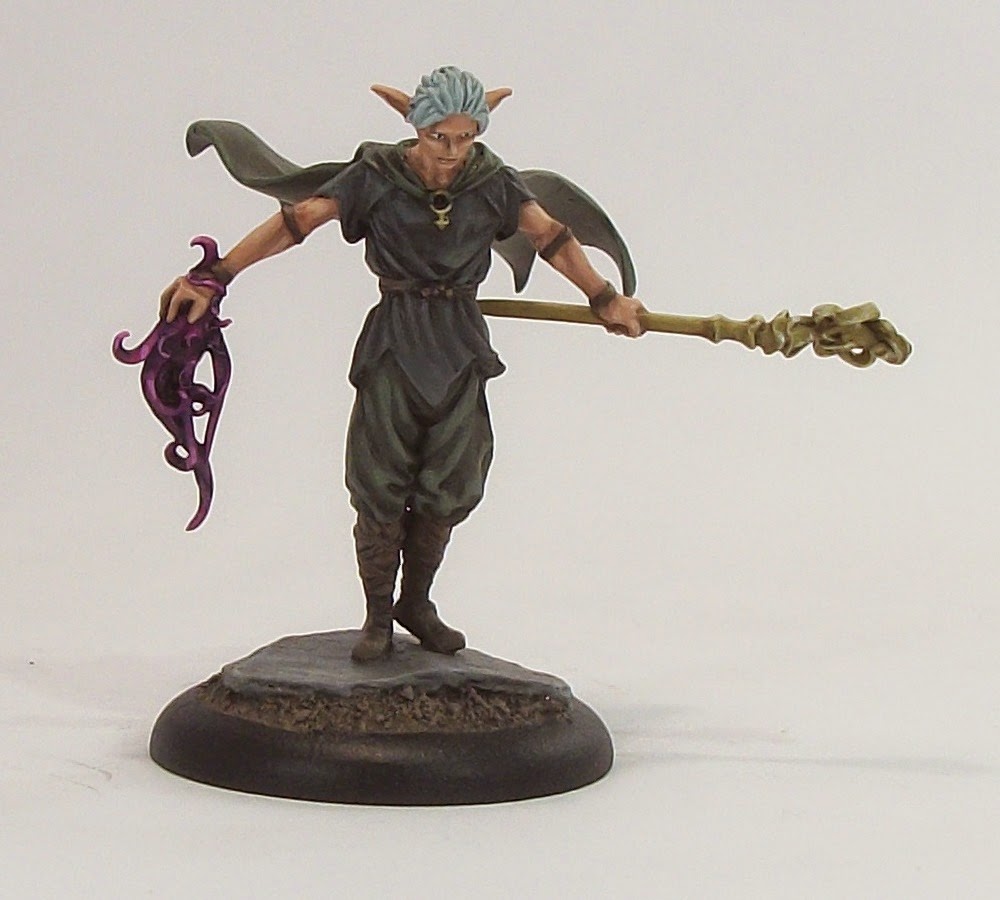 Forming a shadowy network of operatives, Samael Agents are tasked to unleash chaos and confusion across all of Gaia in the name of the Fallen Angels of Samael.

With this mini, I have been painting it bit by bit through the week, desperately clinging on to my often fleeting motivation! I wanted a quite muted palette, to create a sort of 'fantasy ranger' look to him; green, grey and brown as the main colour blocks all fit that kind of vision I think, with some contrasting brightness from the stave and magical effect. When I finished Dagger, this Samael Agent was only under-coated, so it has quickly leap frogged a number of part-done minis, which is okay - at least something has been finished! It may be a bit rough in places, but I can live with it. The most important thing for me is getting another mini done, and it has also been a useful exercise in  working with the green colour I used here and which I am using for another non-Anima Tactics project. 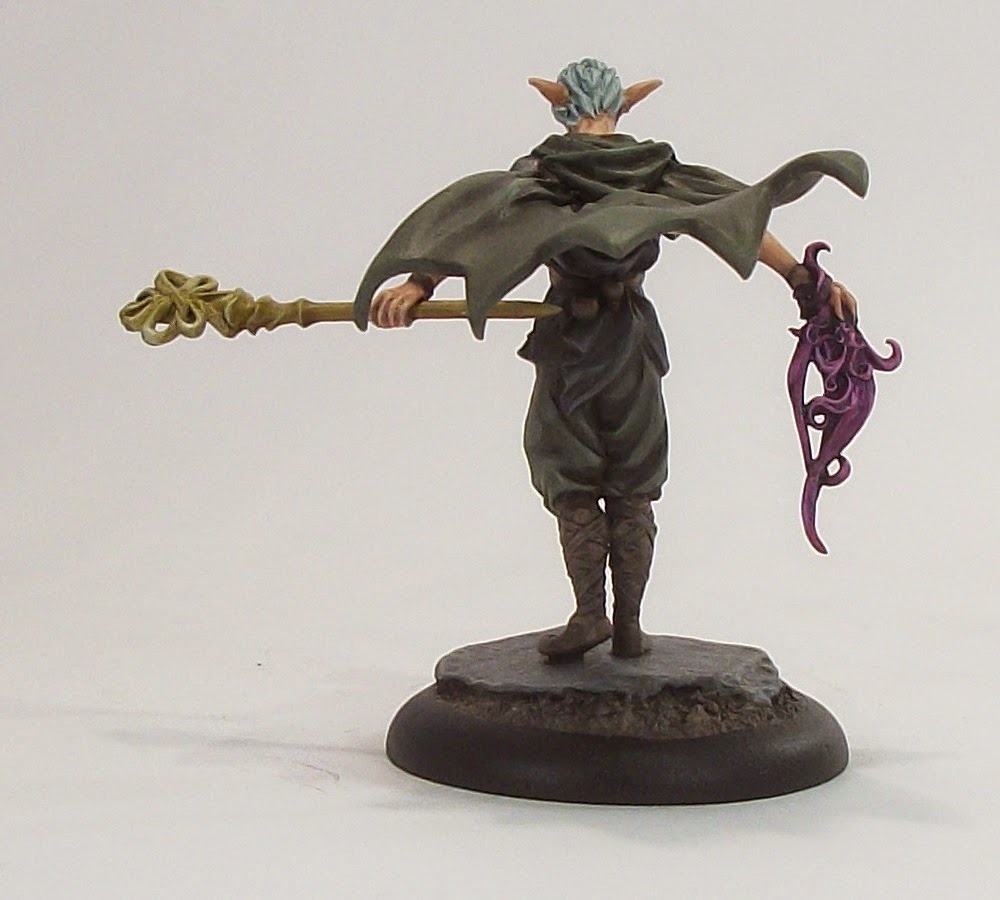 Until I get a more substantial Samael force together, I think this Agent is most likely to  be used in games as created by an Al-Djinn as an Ash Slave. Samael Agents belong to either Light, Dark or Neutral Faction depending on the abilities. This can have slight impact of things like choosing Advantage cards, as well as how a few units do or do not get bonuses against specific Factions.

Running Totals
Anima Tactics Units: 163 (added: nothing, but I *still* have two minis on pre-order <sigh>)
Anima Tactics Units Painted: 65 (61 different units)
Painted Units Percentage: 39.9% (percentage of AT minis owned and painted)
Anima Tactics Range: 152 units (including 2 LE minis; including September as he still is due for presumably imminent release, and has been for a long time)
Percentage of Whole Range Painted: 40.1%
Year to Date Target: 24 of 30 units (3 per month target; 80%)